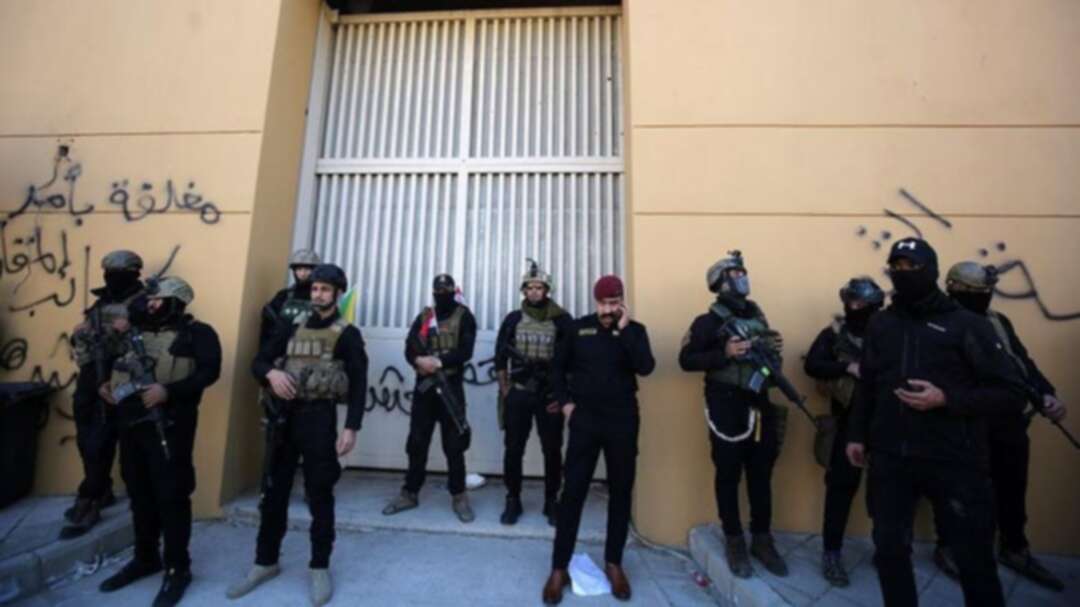 Members of Iraq's security forces stand guard outside one of the gates of the US embassy in Baghdad's Green Zone. (File photo AFP)

A Popular Mobilization Units leader denied on Thursday the involvement of the Shia militias in the attacks that happened in Baghdad’s Green Zone, according to the Iraqi News Agency.

Jawad al-Tleibawi described the accusations as “incorrect and inaccurate,” adding that the attack could have been “a reactive act by an individual or an attempt by some parties to distort the image” of the militias.

“The PMU does not disobey the orders of the commander in chief of the Armed Forces,” al-Tleibawi said.

Two Katyusha rockets struck Baghdad's heavily fortified Green Zone on Wednesday, landing near the US embassy but causing no casualties, according to the Iraqi military.

Sirens immediately rang out at the American compound in the area hosting both diplomats and troops, according to military sources.

The attack came nearly 24 hours after Tehran launched ballistic missiles at Iraqi bases housing American and other coalition forces, which did not cause casualties.

The strikes were in retaliation for a US drone strike that killed top Iranian general Qasem Soleimani and Iraqi commander Abu Mahdi al-Mohandes last week.