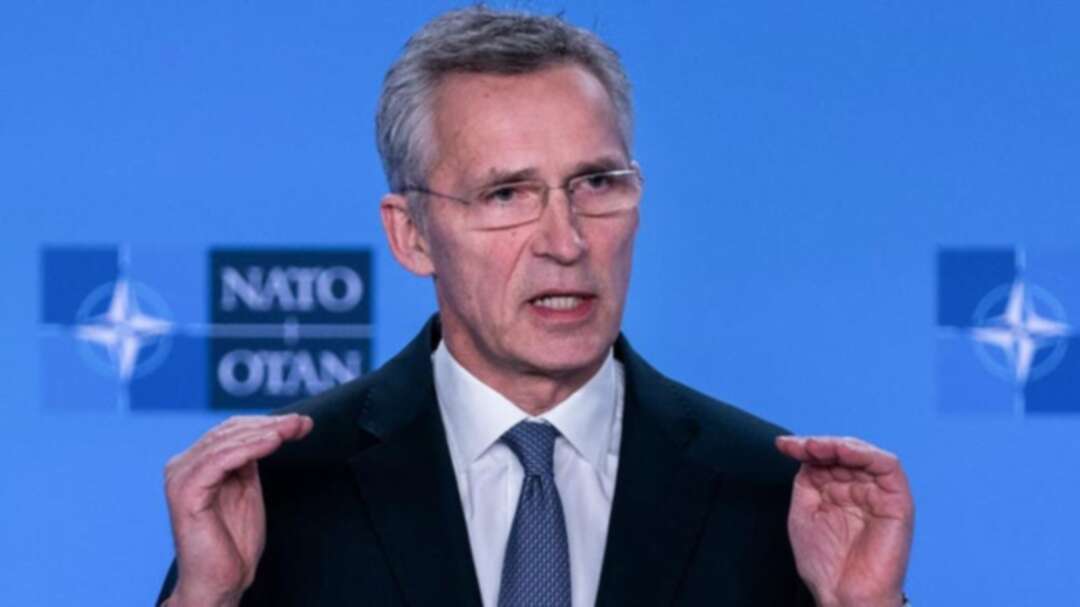 Stoltenberg delivers during a press conference at NATO Headquarters, in Brussels, on January 6, 2020. (File photo AFP)

NATO will consider an increased role in the Middle East, particularly in training missions, the head of the alliance said Thursday, after US President Donald Trump demanded it do more.

Responding to a call from the US leader for the transatlantic alliance to “become much more involved” in the troubled region, Secretary General Jens Stoltenberg said this did not have to mean large deployments of combat troops.

He pointed to training missions run by the alliance in Afghanistan and Iraq - where some 500 NATO forces are deployed to train local troops.

“I strongly believe that the best way we can fight international terrorism is not always by deploying NATO troops in big combat operations,” Stoltenberg told reporters.

“The best way is to enable local forces to fight terrorism themselves, and that is exactly what we do in Afghanistan, what we do in Iraq, and of course we can look into if we can do more of that kind of activity.”

Trump and Stoltenberg spoke on Wednesday after the president made his call during a statement on a night of Iranian missile strikes on US bases in Iraq.

The 70-year-old alliance boasts that it is the most successful in history, and was the lynchpin of Western European security throughout the Cold War.

But its role, and indeed its founding treaty, has been focused on Europe and North America, despite the challenges facing the allied militaries in Asia, North Africa and the Near East.

Stoltenberg refused to speculate in detail about how NATO might boost its role but stressed that any changes would be made after consultation with all 29 member states as well as countries in the Middle East.

NATO has suspended its Iraq training mission since Friday’s US strike killing Iranian commander Qassem Suleimani in Baghdad because of security fears.

Some of the allied troops attached to the mission have been withdrawn from Iraq for their safety, but Stoltenberg has described this as a temporary measure.