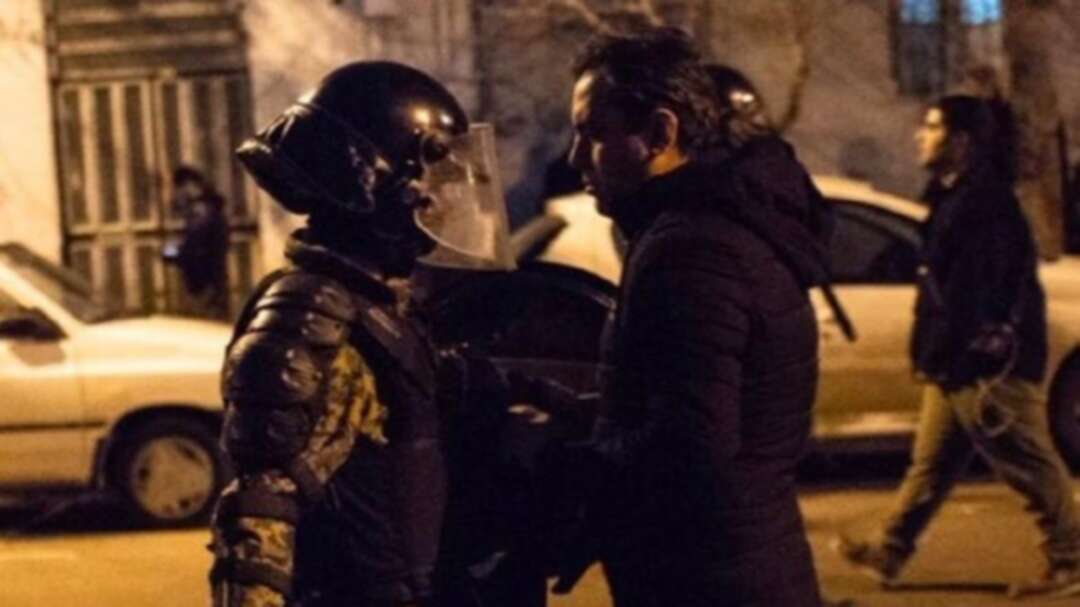 A photo taken on January 12, 2020 during protests in Iran shows a protester coming face to face with a police officer. (Twitter)

Iran’s judiciary has arrested around 30 protesters who took to the streets after authorities admitted that a Ukrainian plane that was shot down outside Tehran was accidentally hit by an Iranian missile, a spokesman said on Tuesday.

“Around 30 people have been arrested for taking part in illegal gatherings ... We have tolerance towards legal rallies,” said Gholamhossein Esmaili, the semi-official Tasnim news agency reported.