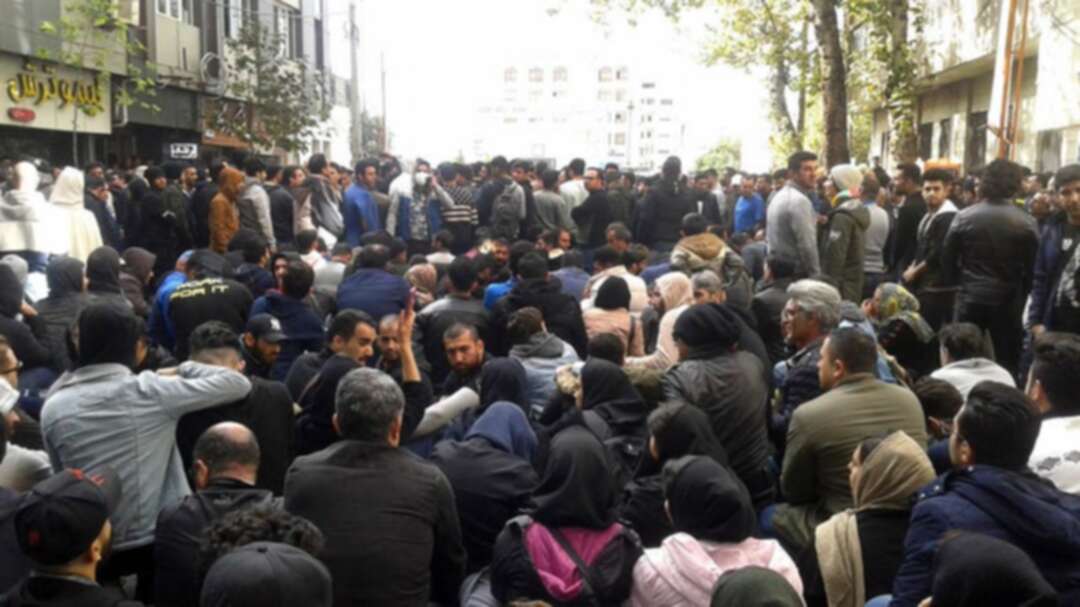 A pro-government rally in Tehran on Monday will show the world who “real” Iranians are, Iran’s Foreign Ministry said, expressing surprise at foreign statements of support for a wave of protests against the authorities over a fuel price rise.

The protests grew into anti-government unrest that saw at least 100 banks and dozens of buildings torched in the worst violence at least since Iran put down a “Green Revolution” in 2009 when dozens were killed over several months.

Iran has blamed “thugs” linked to exiles and foreign foes - the United States, Israel, and Saudi Arabia - for stirring up the street unrest.

After days of state-sponsored marches in dozens of cities to condemn the unrest, Iran is holding a pro-government rally in the capital to be addressed by the commander of the elite Islamic Revolutionary Guard Corps (IRGC), which helped quell the unrest.

“We are surprised that the foreign minister of a certain country has stooped so low as to ask for videos of bank-burnings ... be sent to them,” Mousavi said.

“We recognize the right to peaceful assembly ... But the situation is different for rioters ... and groups which take direction

The French government said on Wednesday it was deeply concerned about reports of many deaths during protests in Iran and called on Tehran to respect its international human rights duties.

Rights group Amnesty International said last week that security forces shot into crowds of protesters from rooftops and, in one case, from a helicopter.

Amnesty said at least 115 people were killed in the unrest. Iran has rejected death toll figures as “speculative.”

Authorities have said about 1,000 demonstrators have been arrested. The Center for Human Rights in Iran, a New York-based advocacy group, said the numbers were likely closer to 4,000.

In response to the unrest, authorities shut the Internet for a week, making it difficult for protesters to post videos on social media to report events and generate support.

The move was done for security, Mousavi said, comparing it to “turning off gas pipes if there is a city-wide fire.”

The United States imposed sanctions on Iran’s information minister last week for his role in “widescale internet censorship,” a reference to the shutdown.

Protests began on November 15 in several towns after the government announced gasoline price hikes of at least 50 percent. They spread to 100 cities and towns and quickly turned political with protesters demanding top officials step down.