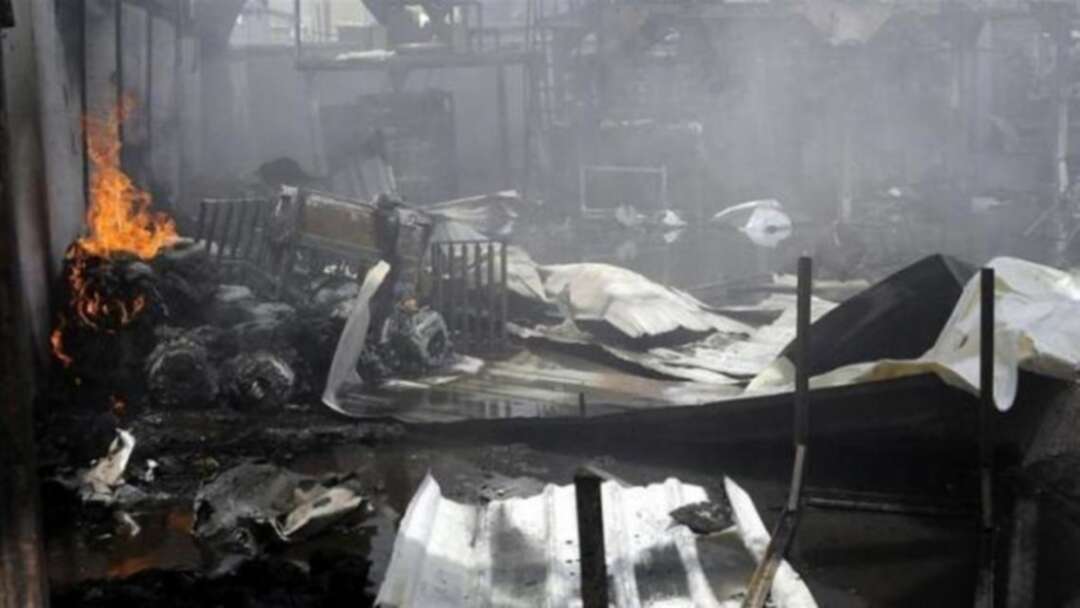 Rights groups say the Iran-backed Houthi militia is responsible for causing a fire in a detention center last week that killed at least 44 migrants. (Via @YemenEmbassy_DC Twitter)

The Iran-backed Houthis confirmed that 44 Africans migrants were killed in a fire at a detention center last week in Yemen’s Sanaa, the group’s al-Masirah television quoted an official as saying.

This is the first official statement made by the group about the incident.

“The victims are 44 migrants and the wounded are 193, most of whom have gone to hospital, and there is an investigation into the reasons for the incident,” the channel quoted Hussein al-Azi as saying.

Survivors and local rights activists said the deadly blaze erupted when guards fired tear gas into the crowded warehouse, trying to end a protest against alleged abuses and ill-treatment at the facility.

The United Nations on Tueasday called for an independent investigation into the cause of the fire.

“There must be an independent investigation into the cause of the fire,” the UN envoy for Yemen, Martin Griffiths, told the Security Council.

A total of 160 African migrants were transported out of Yemen on a UN-sponsored flight, the Arab Coalition said on Tuesday. 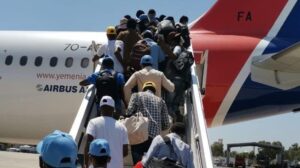 African migrants transported out of Yemen on a UN-sponsored flight. (Supplied)

The Arab Coalition said the flights were organized in coordination with the international-recognized Yemeni government and come as part of the coalition’s humanitarian efforts.

“The Houthi militia committed a gross and heinous violation of the right of migrants in Sanaa,” the coalition said in a statement.