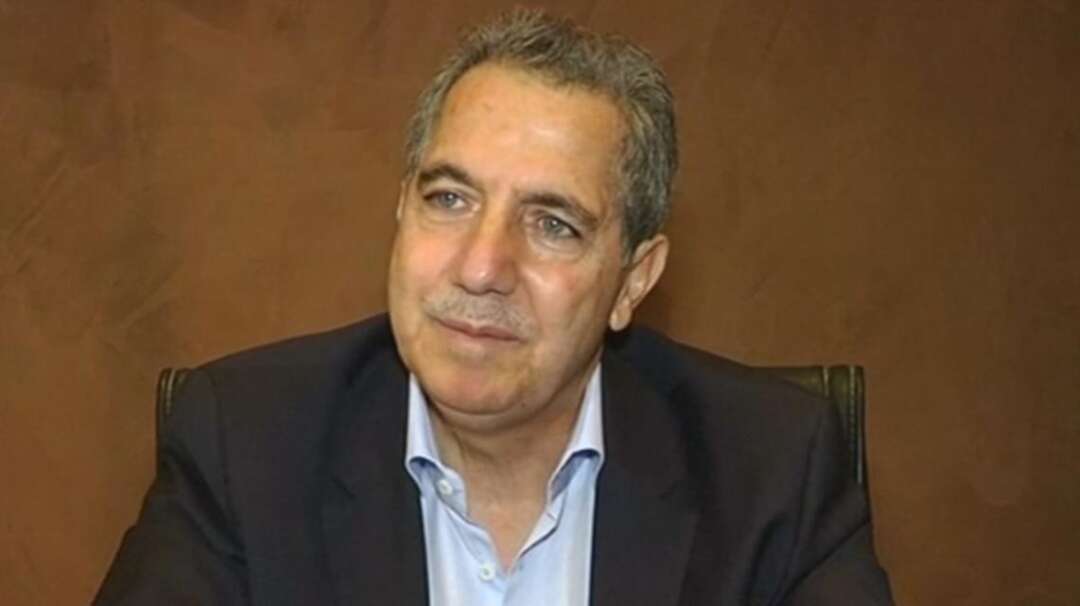 Lebanon is scaling back food subsidies and will gradually raise gasoline prices to save dwindling foreign reserves, the caretaker finance minister said.

The central bank has $16 billion left in foreign reserves, of which only $1 billion to $1.5 billion can be used to fund subsidies, enough for two to three months, Ghazi Wazni said in an interview with Bloomberg. Reserves have halved from about $30 billion a year ago.

Lebanon can no longer continue with the same pace of subsidies,” Wazni said, without giving a time frame for the changes. “It costs $500 million a month, $6 billion a year. That’s why the government made the decision to rationalize subsidies and reduce them on some items.”

Wazni’s comments come amid furious protests sparked by a sudden plunge in the Lebanese currency. The pound plummeted below 13,000 per dollar on the black market Monday, shedding more than 20 percent in two weeks. Since anti-government protests erupted in October 2019, the currency has lost nearly 90 percent of its value, pushing millions into poverty. The inflation rate was 84 percent last year, with food inflation hitting an annual 402 percent in December.

The central bank has stabilized wheat, medicine and fuel prices by providing importers with hard currency at the largely-defunct official rate of 1,507 per dollar. It’s also given a preferential exchange rate to importers of 300 basic food and household products, allowing them to buy dollars at 3,900 pounds each. Other goods are financed in a burgeoning black market at greater cost. 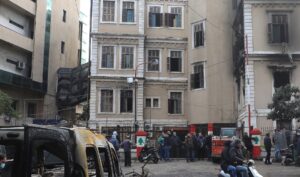 People gather at the municipality building that was set ablaze overnight, in the aftermath of protests against the lockdown and worsening economic conditions, amid the spread of the coronavirus disease (COVID-19), in Tripoli, Lebanon January 29, 2021. (File photo: Reuters)

The government will remove certain products, including cashew nuts and some branded coffees, from the subsidized list partly because they were smuggled abroad for profit, Wazni said. It also plans to gradually increase prices at fuel stations in the coming months, reducing gasoline subsidies to 85 percent from 90 percent.

“The decision has been taken to reduce subsidies on the food basket,” he said. “The decision that needs to be taken in the coming weeks is the gasoline. Last month, during the lockdown, we had the same consumption so we think something’s wrong.”

Wazni acknowledged the measures would fuel inflation -- forecast at 77 percent this year, before accounting for reduced subsidies. To help poorer people cope, Lebanon will introduce cash transfers via prepaid cards under a program approved by parliament Friday. The government will pay needy families up to 1 million pounds monthly and also secured a $246 million World Bank loan to support 786,000 of the poorest people.

Wazni said the government still planned to devalue the currency as part of a transition to a flexible exchange rate, but wouldn’t take that step without an economic reform program and support from the International Monetary Fund to help restore confidence and anchor the pound.

“We’re going to a flexible exchange rate but we need an IMF program,” he said.

Bickering politicians have failed to agree on a new cabinet lineup since the government resigned in August after a devastating explosion at Beirut’s port. The caretaker cabinet cannot negotiate with the IMF, now essential to unlocking other aid. 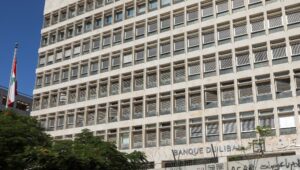 Lebanon defaulted on its $30 billion in international debt a year ago. With no reforms or payment plans agreed since, it can’t borrow or attract investors, while the pandemic and banking crisis hit businesses. It was therefore “no surprise” the pound had weakened, according to Wazni.

“The situation is: no dollar inflows, less confidence and political impasse, which means uncertainty because you are fearful of the future as the reserves are declining,” he said. “There are financial, economic and political factors that are playing a role and circumstantial factors that led to the fast deterioration in a few days.”

Lebanon’s gross domestic product contracted 25 percent last year. Wazni said the outlook for 2021 depends on when politicians agree on a government and secure external aid. Without progress, the economy will contract as much as 10 percent, he said. In the best-case scenario, real GDP will shrink 2 percent to 5 percent, he said.

The budget deficit is expected to narrow to about 4 percent of GDP from 6 percent last year and 11 percent in 2019, largely due to the default and cancellation of nearly half the local-currency debt held by the central bank.

The draft budget foresees no increases to income or value added tax. Instead, Wazni proposes a 1 percent tax on bank deposits above $1 million and a 10 percent to 30 percent tax on interest earned by banks on deposits at the central bank.

The government has yet to approve the budget, which could face opposition from banks and depositors who’ve already suffered an unofficial haircut of more than 65 percent.