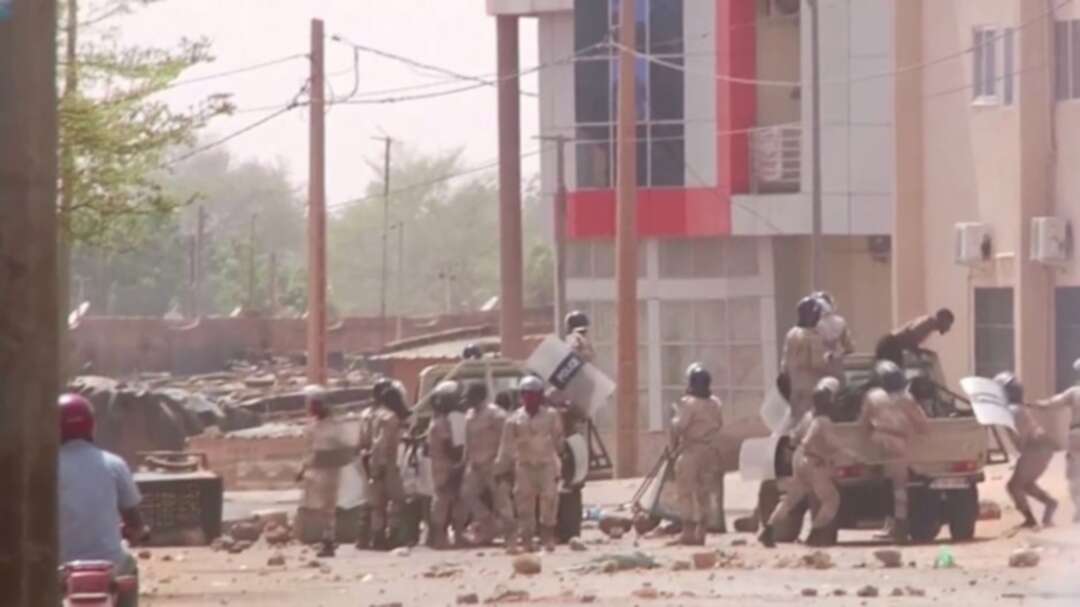 A protester tries to escape from a riot police vehicle after being detained, a day after opposition presidential candidate Mahamane Ousmane rejected election results that gave his opponent Mohamed Bazoum a majority of the votes, in Niamey, Niger February 24, 2021, in this still image taken from video. (Reuters)

Neither the government nor the west African country’s four telecoms firms explained the outage, which hobbled communications and the financial system across Niger -- one of the world’s poorest nations.

Civil society organization ROTAB and lawyers’ association AJAN had both publicly announced filings of legal complaints in the hours before internet access was restored.

In the capital Niamey, people began noticing connectivity was back around 11:30 pm (2230 GMT), with one phone company messaging clients to say the service interruption was “independent of its will”.

Two people died and hundreds were detained in unrest that broke out after Mohamed Bazoum, the anointed successor of incumbent Mahamadou Issoufou, was declared the winner of the February 21 presidential poll.

Official results gave him 55.7 percent of the vote, but challenger Mahamane Ousmane claims he edged out a win with 50.3 percent.

Niger has cut internet access in the past, including access to social media and text messaging during 2015 riots over the publication of caricatures of the Prophet Mohammed by French satirical newspaper Charlie Hebdo.