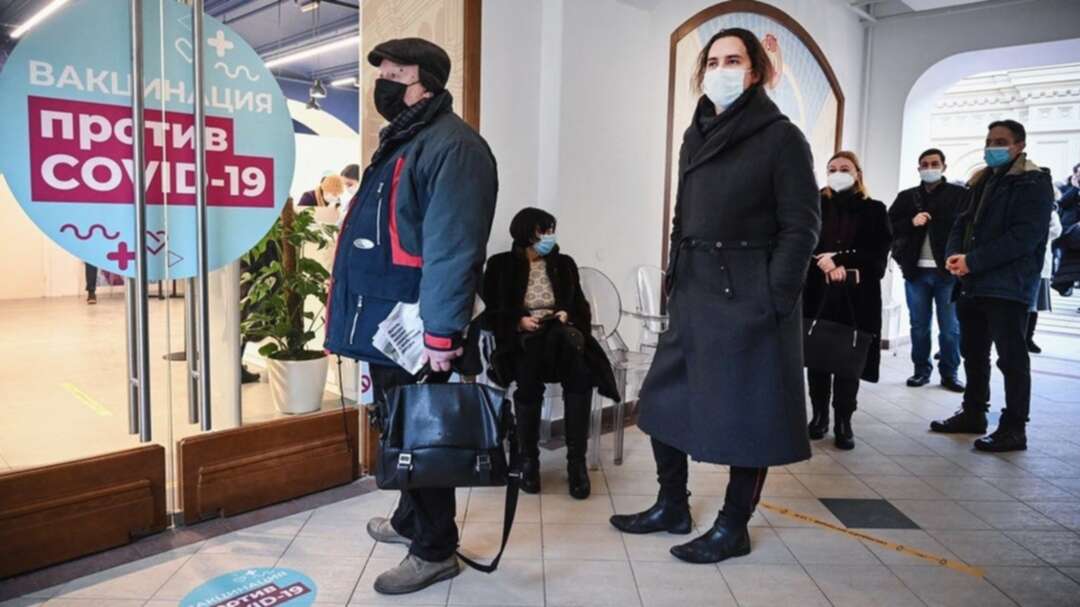 People queue to receive an injection of Russia’s Sputnik V (Gam-COVID-Vac) vaccine against the coronavirus at a vaccination point at the GUM department store in Moscow on January 18, 2021. (AFP)

The developer of Russia’s Sputnik V coronavirus vaccine said Friday it had signed a partnership with an India-based drugmaker for the production of 200 million doses of the two-dose jab.

The Russian Direct Investment Fund (RDIF), which backed the development of Sputnik V, said in a statement it had partnered with Stelis Biopharma “to produce and supply a minimum of 200 million doses of the Russian Sputnik V vaccine.”Stelis Biopharma is expected to be able to start supplying the vaccine from the second half of the year.RDIF, added that Stelis -- the biopharma unit of global pharmaceutical company Strides -- will work with the Russian wealth fund to provide supplies “beyond the initial agreement.” 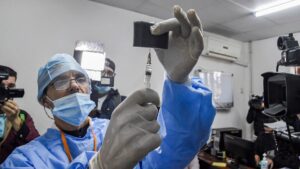 Journalists huddle around a medic about to administer a dose of Russia’s Sputnik V vaccine at a clinic in the city of Blida, southwest of the Algerian capital, on January 30, 2021. (AFP)

RDIF head Kirill Dmitriev said that the “significant vaccine volumes” produced with Stelis “will help widen access to the vaccine on a global scale.”

RDIF said on Friday that 52 countries have approved the use of Russia’s Sputnik V, named after the Soviet-era satellite.

Moscow registered the jab in August before large-scale clinical trials, but leading medical journal The Lancet has since said it is safe and over 90 percent effective.

Some Western countries have been wary of Sputnik over concerns the Kremlin would use it as a soft power tool to advance its interests.