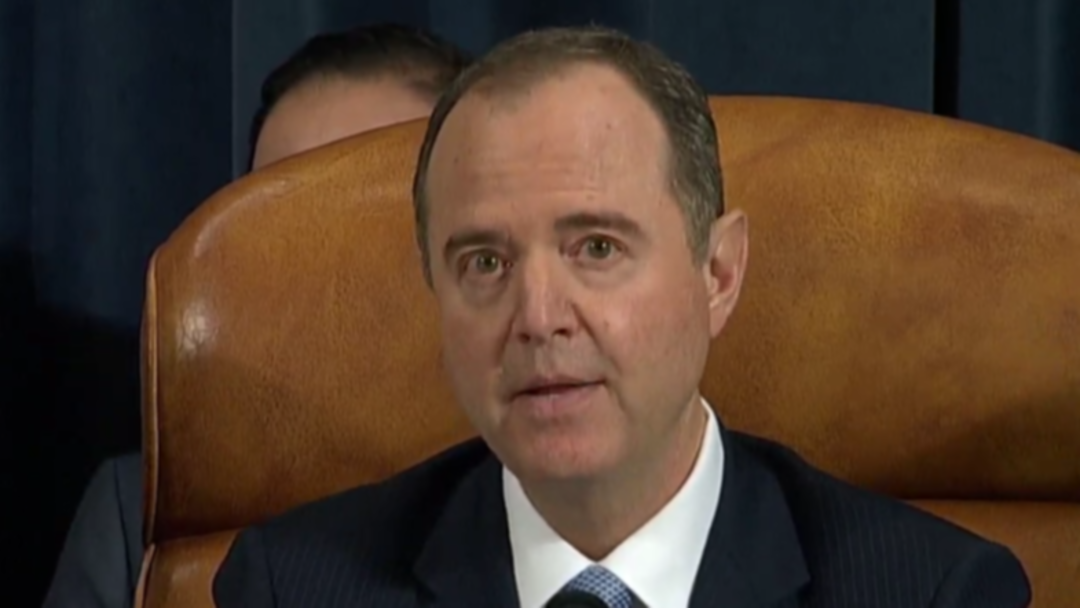 House Democrats began impeachment proceedings against US President Donald Trump on Wednesday, with the first two witnesses testifying publicly in the House of Representatives inquiry into Trump’s dealings with Ukraine.

The public impeachment hearings will investigate whether the president and his allies attempted to prod Ukraine to investigate Democrats by using US military aid as leverage. Previous hearings related to the impeachment have been held behind closed doors.

The Democrats will try to make the case that the president attempted to extort a foreign nation, Ukraine, to investigate a political rival, former US Vice President Joe Biden, who is one of the 2020 Democratic candidates for president.

The top Republican in the proceedings, congressman Devin Nunes, blasted the inquiry and the hearing itself as a “carefully orchestrated media smear campaign,” a staged televised drama that is “an “impeachment process in search of a crime.”

In his testimony, first witness and US Deputy Assistant Secretary of State George Kent said he did not believe the US should ask other countries to engage in “selective politically associated investigations or prosecutions against opponents in power.”

During the 30-minute call, Zelenskiy invoked blocked US military aid to his country. Trump responded, “I would like you to do us a favor though.”

Trump subsequently asked Zelenskiy to look into the investigation of natural gas firm Burisma Holdings, where former US Vice President Joe Biden’s son Hunter sat on the board.

“There’s a lot of talk about Biden’s son, that Biden stopped the prosecution and a lot of people want to find out about that, so whatever you can do with the attorney general would be great. Biden went around bragging that he stopped the prosecution, so if you can look into it, it sounds horrible to me,” Trump said according to a White House memorandum of the phone call.

While serving as vice president, Joe Biden urged Ukraine to fire the top prosecutor in the Burisma investigation. Trump has repeatedly accused the Bidens of corruption, though Biden maintains corruption concerns about the investigation prompted his intervention.

Kent said on Wednesday that he raised concern that Hunter Biden’s work for Burisma created a “perception of a conflict of interest,” but that he did not witness any US efforts to shield Burisma from scrutiny.

He said the US believes Ukrainian prosecutors accepted bribes to close a case into Burisma’s founder and that US officials “consistently advocated” restarting the probe.

Devin Nunes, the senior Republican on the House Intelligence Committee, which is holding impeachment hearings, said Burisma reportedly paid Hunter Biden $50,000 a month to sit on its board.

Democrats say the exchange shows Trump used his office to pressure a foreign government to help him politically. US election law prohibits candidates from accepting foreign help in an election.

Democrats also charge that the supposed conditioning of US aid on whether Ukraine goes after Biden’s son Hunter sounds like “bribery.” Republicans deny that, saying Trump did not explicitly offer aid for the Biden probe.

President Trump has defended his summer phone call with Ukraine’s leader, which is at the heart of the inquiry, as “perfect” while deriding the impeachment effort as a conspiracy among Democrats and the “deep state.” He has called on the whistleblower to come forward.

He said the inquiry is not really an impeachment, but “it is a COUP, intended to take away the Power of the People,” in a tweet on October 2.

If the Democrat-controlled House ultimately votes to impeach Trump, few expect the impeachment to be approved by the Republican-controlled Senate, to eventually remove Trump from office. The biggest impact of the impeachment inquiry will likely be its influence on how the president and political parties will be viewed by US voters in the upcoming 2020 election.

The inquiry marks only the fourth time in American history that Congress has launched impeachment proceedings against a sitting president.

Trump is scheduled to hold a noon meeting Wednesday with Turkish President Recep Tayyip Erdogan and then a joint afternoon news conference with the Turkish leader. The presser will give Trump a chance to address what is said in the hearings.

Egyptian President arrives in UAE for official state visit Huawei can supply its products without US components: Chairman