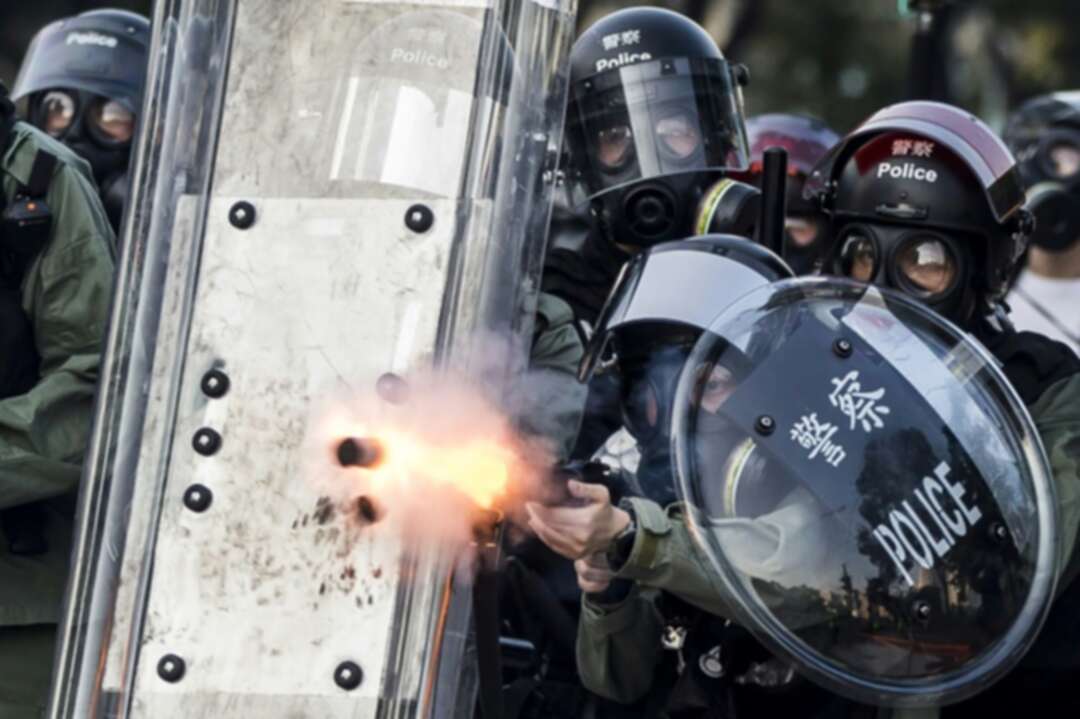 Hong Kong's police watchdog is currently unequipped to investigate the force's handling of months of pro-democracy protests, a panel of international experts appointed by the city's own government has found.

The international finance hub has been upended by five months of huge and increasingly violent rallies, but Beijing has refused to give in to most of the movement's demands.

One of the core demands, alongside fully free elections, is an independent inquiry into the police, who have been left to battle protesters for 24 consecutive weeks and are now loathed by large chunks of the deeply polarised population.

City leader Carrie Lam has repeatedly dismissed an independent probe, saying the current watchdog -- the Independent Police Complaints Commission (IPCC) -- is up to the job.

Protesters argue the IPCC lacks adequate investigatory powers, is stacked with pro-establishment figures and has previously been toothless when it comes to holding the police to account.

In September, Lam appointed a panel of independent experts to advise the watchdog.

Chaired by Sir Dennis O'Connor -- who was tasked by the UK government to look at police tactics following the 2011 London riots -- it includes policing specialists from Britain, New Zealand and Canada.

It has now issued a damning assessment of the IPCC's ability to do the job it has been tasked with and suggested a fully independent inquiry would be better suited for the task.

The report, dated November 8, found "a shortfall in IPCC powers, capacity and independent investigative capability necessary to match the scale of events and the standards required of an international police watchdog operating in a city that values freedoms and rights".

The panel said if resources were enhanced, the IPCC might be able to issue an interim report "with limited, but sufficient facts" on the cause of the protests and the handling by authorities.

But it said there was "a compelling case" for a "deeper more comprehensive inquiry... by an independent body with requisite powers".

The report was not available on the IPCC's website.

But it was posted on Twitter late Saturday by one of the panel members, UK-based academic Clifford Stott.

The Hong Kong government and police did not respond to a request for comment.

The panel's conclusion is an embarrassment for Lam as she battles record-low approval ratings and tries to face down calls for an independent inquiry.

"This panel of international experts was hand-picked by the government and presumably had been expected to endorse the IPCC's work," Antony Dapiran, a Hong Kong-based lawyer who wrote a book about the city's pro-democracy movement, told AFP.

"For them to come out with a statement effectively saying that IPCC is not up to the task is quite damning and only reinforces the urgency of an independent inquiry."

Beijing and Lam appear determined to wait out the protests.

While crowd numbers are smaller than earlier this summer when millions marched, rallies and increasingly violent clashes are still happening weekly.

Tensions soared this week when a 22-year-old student died from a fall during clashes with police in unclear and disputed circumstances.

Tens of thousands of people attended a peaceful vigil Saturday evening, one of the few large gatherings in recent months to be granted police permission.