Here's What We Should Do About Syria 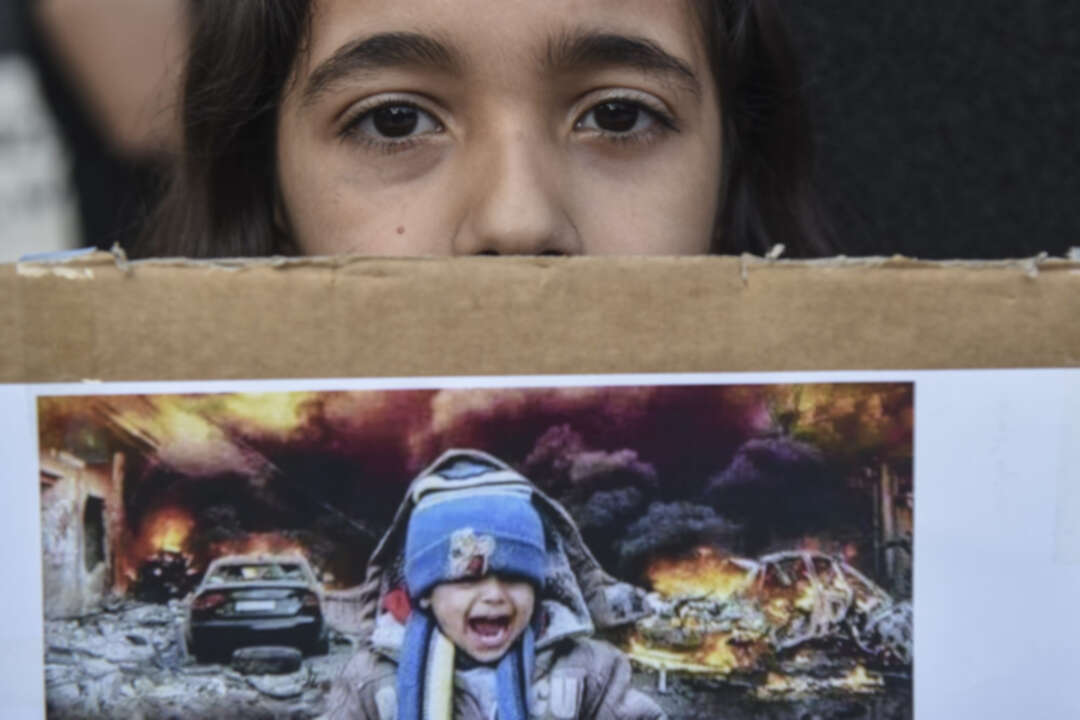 A Kurdish girl looks on as she holds a picture during a protest in the northern city of Thessaloniki, Greece, on Thursday. Oct. 17, 2019.

The universal damning of Donald Trump’s back-stabbing the Kurds, by pulling American troops from Syria’s northern border area, may reinforce his cultists’ preconceived prejudices. Progressives outrage will strike Team Trump as classic hypocrisy: Isn’t the left anti-war, and isn’t our Syrian presence deepening our forever wars in the Middle East? Republican denunciations of the president, meanwhile, can be written off as more palaver from an establishment Trump sagely promised to disrupt.

Trump fans may enjoy the handwringing of everyone from pundits to presidential candidates who despair of cleaning up the shattered eggshells the president broke. “The damage,” mourned columnist Eleanor Clift, “cannot be undone.”

She’s right to a degree. U.S. credibility took a huge, needless hit last week; Trump immorally broke faith with an ally who’d fought shoulder-to-shoulder with us against ISIS and other enemies; his excuses were lame (“they’re not angels,” he said of the Kurds); and unsavory thugs benefitted from his cut-and-run: Turkish President Erdoğan, who moved in to mow down the Kurds, and Vladimir Putin, whose own military intervention saved his blood-stained ally, Syrian dictator Bashar Assad.

But knowledgeable voices, especially at the Carnegie Endowment for Peace, put this mess in perspective while offering a way forward.

“Syria is not a vital U.S. interest.” That line in a Carnegie report reflects several facts. As welcome as Assad taking a bullet would be, it’s been clear for a while that the sadistic strongman’s downfall wasn’t in the cards. His Russian and Iranian allies saved him from toppling by rebels, and the regime now holds more than 60 percent of the country. No one, not even Trump, believes it wise to try to reverse that situation with a U.S. invasion and another all-out, Middle Eastern war.Yes, Putin is an anti-American autocrat who now has notched a geopolitical victory. But Russia has long had a foothold in Syria, and what has his pal Assad’s survival handed the Russian leader? “A war-torn

“The idea that Putin’s Syria gambit will allow him to take over the Middle East is just silly,” they conclude.

Trump’s recklessness notwithstanding, Syria was not a “forever war.” While our troops could not stay there forever, "We had less than 1,500" soldiers in-country, Gen. David Petraeus told NPR. “Surely that's affordable for the world's only military superpower. What we were doing was not fighting on the front lines — we were enabling those who were doing that," namely Kurdish-supported fighters.

In short, Trump’s troop withdrawals totaled far fewer than the tens of thousands of soldiers deployed at a time to real forever wars like Afghanistan or Vietnam. (At the height of the former conflict, the Marines alone had 20,000 troops in the country.) We’d been drawing down our Syrian boots on the ground before Trump’s heedless blunder to wipe away the remainder in one move, something Petraeus calls a flat-out “betrayal.”

He’s seconded by Brown University fellow Stephen Kinzer, a long-time critic of American militarism and our Syrian involvement who still says we “deserve condemnation for abandoning

Big point: ISIS won’t resurge if we play our cards right. Ensuring that the terrorist butcher group does not metastasize, especially to where it could threaten the American homeland, is our one vital interest in Syria. Trump’s folly makes that harder. But --

As is often the case with maniacs and zealots, ISIS has enemies on all sides. Our allies in the region are more threatened by it than we are, and Assad certainly doesn’t want to cede any of his country to a group whose dreamed-of caliphate includes part of Syria. All of which points to future U.S. policy, Carnegie says:

We must be ready with drones and airstrikes to pound ISIS, while understanding that that will take coordination with the despicable Syrian regime. We must get our European allies, swamped with Syrian refugees from the crisis, to use their militaries “to kill ISIS foot soldiers.” We must get them and our Arab allies to share the financial cost of this anti-terrorism, not pile it all on American taxpayers.

This course requires the diplomacy and wisdom of a respected, patriotic American president. Given that we lack one, there is cause for concern. The impeachment inquiry is not only a moral necessity; it might be a national security one as well.