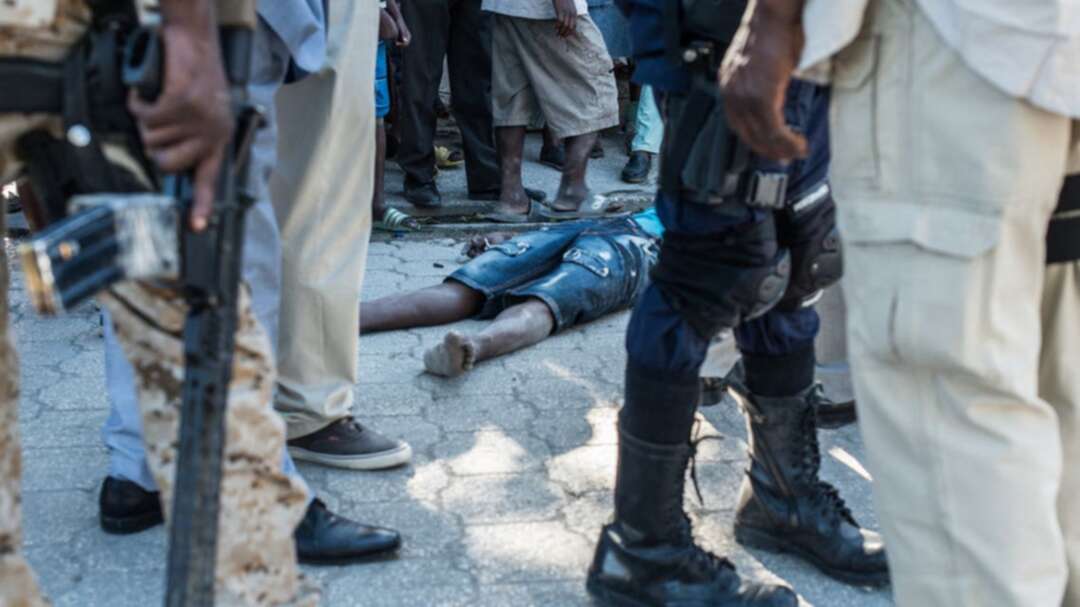 The body of a dead inmate lies on the pavement by the Croix-des-Bouquets prison from where many prisoners escaped and where several people were killed, in Croix-des-Bouquets, suburb of the Haitian capital, on February 25, 2021. (File photo: AFP)

More than 200 prisoners were on the run in Haiti on Friday, a day after they escaped from jail in a violent breakout that left 25 people dead including the prison director, officials said.

About 400 inmates fled on Thursday, with AFP photographs showing at least three dead bodies lying outside the prison and some captured prisoners under armed guard in the back of a truck.

“Twenty-five people died including six prisoners and Divisional Inspector Paul Hector Joseph who was in charge of the prison,” Secretary of Communication Frantz Exantus said of the mass escape from the jail in the suburbs of capital Port-au-Prince.

“Among those killed were some ordinary citizens who were killed by the prisoners during their escape.”

About 200 prisoners were still at large, but “the police are working hard to get them back. Some are in handcuffs, they will not be able to go far,” Exantus said.

One of the prisoners who died was gang leader Arnel Joseph, who was gunned down on Friday at a police check 120 kilometers (75 miles) north of the prison.

“Arnel Joseph was killed while attacking a police patrol which had stopped the motorcycle he was on. The police responded and Arnel Joseph is dead,” Exantus said. 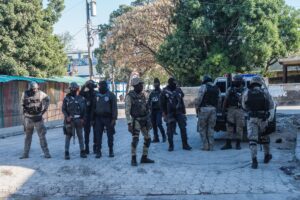 Several police officers from different specialized groups provide perimeter protection by the Croix-des-Bouquets prison from where many prisoners escaped and where several people were killed, in Croix-des-Bouquets, suburb of the Haitian capital, on February 25, 2021 AFP

Joseph, allegedly head of one of Haiti’s main criminal networks, was arrested in 2019 and had tried to escape from the prison last July after advertising his plan in a social media video a few days before the attempt.

While serving a sentence for murder, Joseph had already escaped twice from another prison, in Port-au-Prince, in 2010 and 2017.

Inaugurated in 2012, the high-security Croix-des-Bouquets prison was built with funding from Canada and has a maximum capacity of 872 inmates, although nearly double that number were incarcerated there before the escape.