Griffiths: Peace in Yemen could be achieved this year 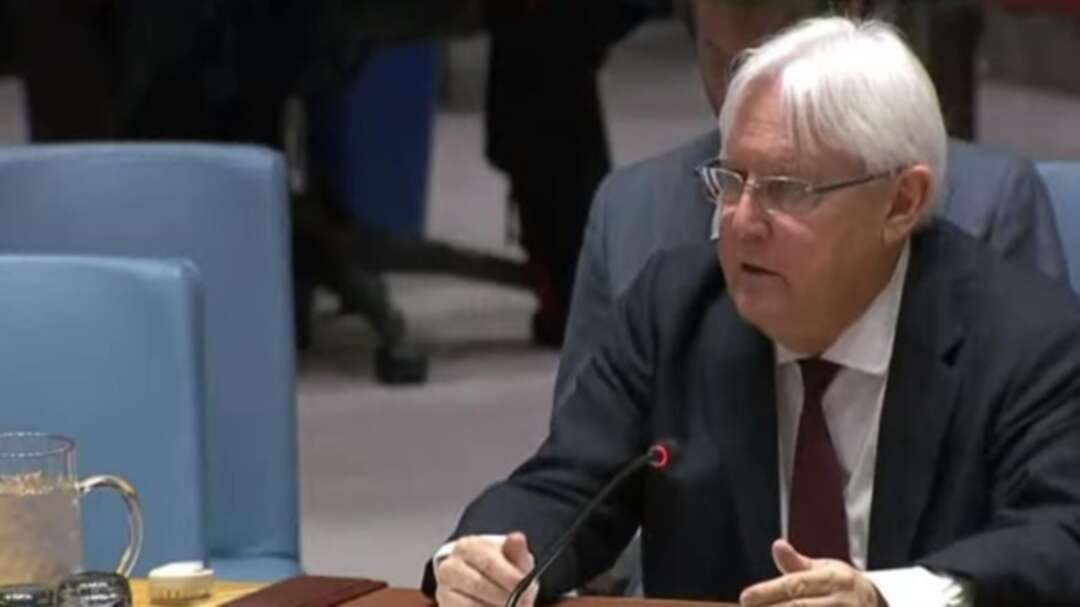 Martin Griffiths at the UN Security Council presenting his statement on Yemen. (Screengrab)

The United Nations envoy for Yemen, Martin Griffiths, said on Thursday that “Yemen appears to be on its way out of the crisis,” saying that peace could be achieved in the country this year.

In his statement during an open briefing at the UN Security Council, Griffiths urged all Yemeni sides to engage in the political process to move forward, saying that de-escalation in Yemen could only be achieved through a political process.

Griffiths expressed his concern over the restrictions on the movement of UN missions in the Yemeni port city of Hodeidah, calling for the release of prisoners in Yemen and the activation of the prisoners’ release committee.

He stressed that the “Riyadh Agreement” and efforts by Saudi Arabia played a major role in improving the security situation in Yemen.

Last November, a power-sharing agreement was signed between Yemen’s government and the Southern Transitional Council (STC) be in the capital Riyadh.

Last Tuesday, the coalition backing the Yemeni legitimate government announced the start of implementing the second phase of the “Riyadh Agreement,” pointing to its supervision of the release of 38 detainees from both sides, following the events in Aden.