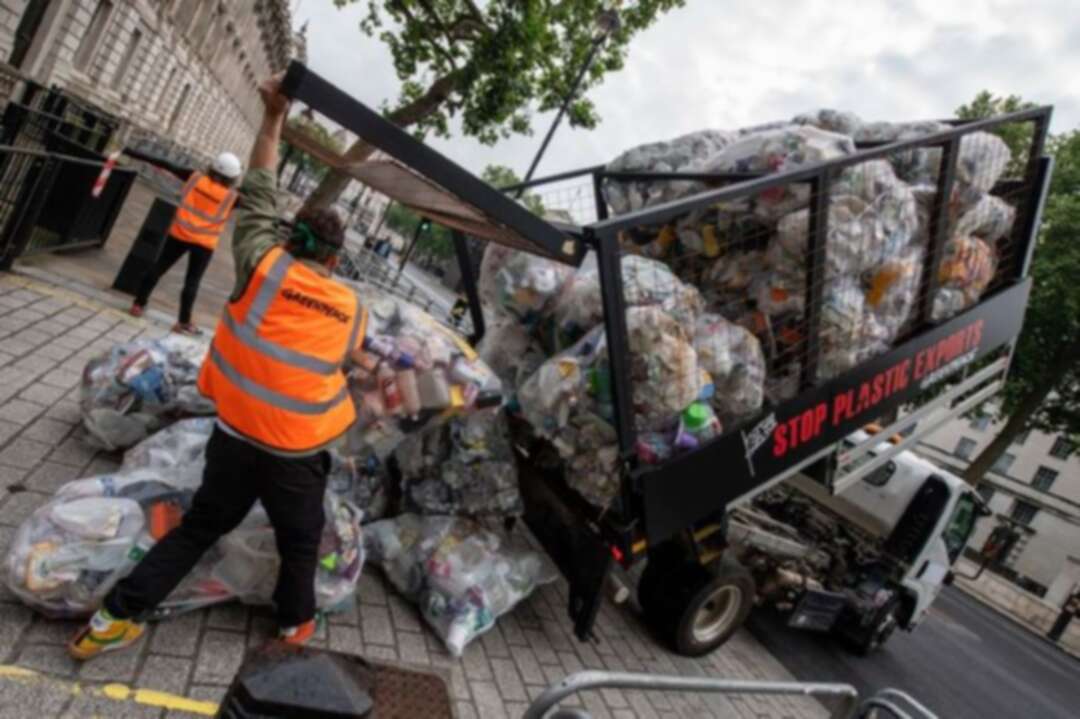 According to the Mirror, Greenpeace activists have dumped a huge pile of plastic waste outside Downing Street in a protest against the UK ditching its trash overseas.

The pile 625kg of plastic rubbish was dropped outside Number 10 on Tuesday morning after more the 250,000 people, and 38 MPs, signed a petition calling for overseas plastic dumping to end.

The Mirror reported that the charity said in a series of tweets that people in countries where UK plastic waste was being dumped and burned report serious health issues.

Calling the area 'Wasteminster' activists in Boris Johnson-style wigs took photos with the waste pile, which they say is the same size as the amount of waste the UK dumps overseas every 30 seconds.

It comes ahead of the UN COP26 summit in Glasgow later this year, with the Prime Minister under huge pressure to show international leadership on climate change.

Greenpeace said: "Plastic isn’t just harming wildlife and our oceans - it’s harming people too," adding: "While we have been living through one health emergency our government has been fuelling another.

"UK plastic waste dumped overseas is often burned in the open air, with communities in Malaysia reporting serious health problems, such as respiratory issues and nosebleeds. The government must stop fuelling this health crisis.

"The UK government claims to be a world leader in tackling plastic - but in reality they’re fuelling the plastic crisis and illegally exporting our waste. The UK is the biggest producer of plastic waste per person in the world behind the USA. The govt must reduce plastic."