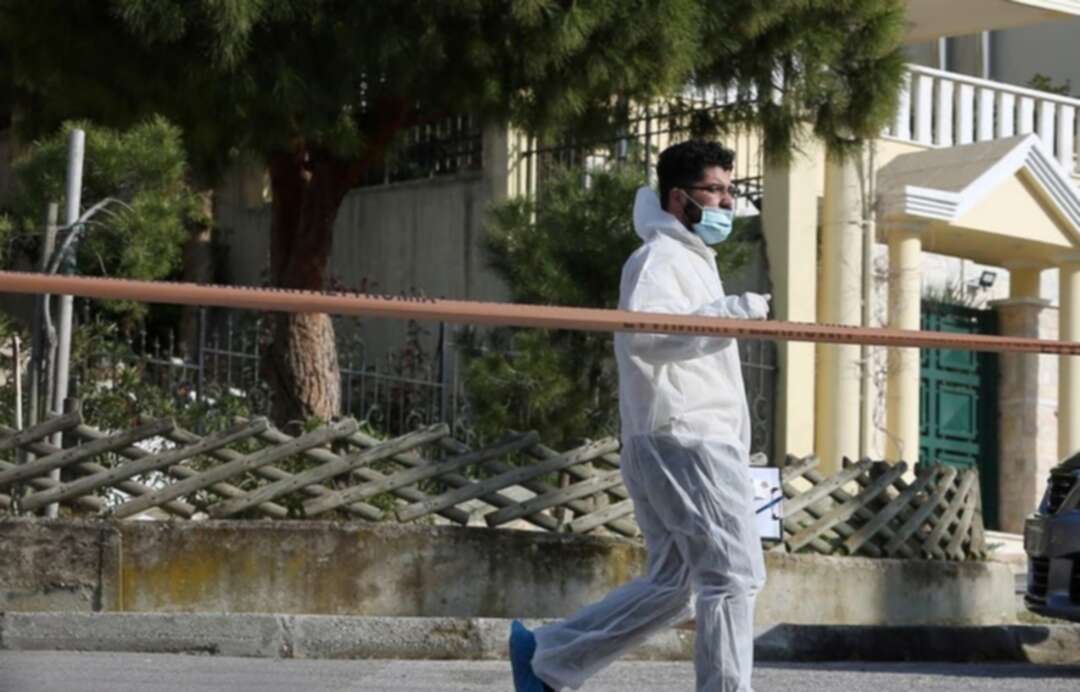 A forensic expert is seen on the road where Greek journalist George Karaivaz was fatally shot in the Alimos suburb of Athens, Greece, April 9, 2021. (Reuters)

Mitsotakis had summoned his police minister Michalis Chrysochoidis to a Saturday meeting on the case, the PM’s office said.

Giorgos Karaivaz, who worked for private TV station Star and also ran the news blog bloko.gr, was shot several times Friday as he exited his car outside his house in the southern Athens district of Alimos, witnesses said.

He had just returned home from work.

A police source told AFP the 52-year-old journalist had been shot by two men on a motorbike. Seventeen bullet casings were recovered from the scene.

The murder was rapidly condemned by the European Commission and the Council of Europe commissioner for human rights.

“Europe stands for freedom. And freedom of press may be the most sacred of all.

Journalists must be able to work safely. My thoughts are with the family of George Karaivaz. I hope the criminals are soon brought to justice,” she said.

Karaivaz had worked for some of Greece’s leading newspapers and TV channels in a 32-year career.

“(He) was one of the most experienced crime reporters in the field... and was held in high regard by colleagues,” the Esiea union of Athens daily newspaper journalists said in a statement.

The federation of Greek police officers said Karaivaz was personally interested in improving working conditions for law enforcement and was “strongly critical of anybody” standing in their union’s way.

While Greek media offices are frequently targeted in firebomb and vandalism attacks, journalist killings are rare.

Some journalists request police protection after receiving threats, but Karaivaz was unguarded.

“It was not his style to request protection,” a police officer who knew Karaivaz well told AFP, speaking on condition of anonymity.

The shooting occurred at a time when Greek authorities had received criticism for allocating too many police guards to a controversial TV presenter.

And in July, tabloid newspaper editor Stefanos Chios survived after being shot in the neck and chest by a hooded man outside his home.

The case is still under investigation.

In 2010, radio manager, blogger and investigative journalist Socratis Giolias was gunned down outside his home.

The case was never solved.