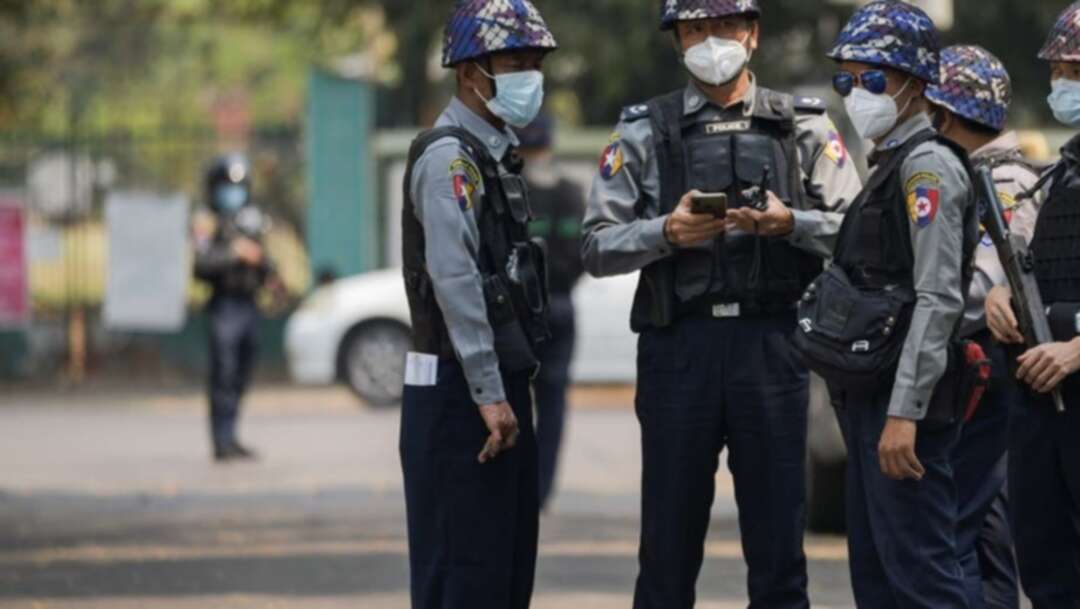 Police officers are seen outside Kamayut township court where the hearing of a group of journalists who were detained during anti-coup protests is scheduled, including that of Associated Press journalist Thein Zaw, in Yangon March 12, 2021. (File photo: Reuters)

An alliance of ethnic armies in Myanmar that has opposed the junta’s crackdown on anti-coup protests attacked a police station in the east on Saturday and at least 10 policemen were killed, domestic media said.

The police station at Naungmon in Shan state was attacked early in the morning by fighters from an alliance that includes the Arakan Army, the Ta’ang National Liberation Army and the Myanmar National Democratic Alliance Army, media reported.

Shan News said at least 10 policemen were killed, while the Shwe Phee Myay news outlet put the death toll at 14.

A spokesman for the junta did not return calls asking for comment.

More than 600 people have been killed by the military in the crackdown on protests against the Feb. 1 coup, according to a monitoring group. As violence has escalated, about a dozen armed groups have condemned the junta as illegitimate and vowed to stand with the protesters.

Civilian lawmakers, most of whom are in hiding after their ouster, have announced plans to form a “national unity government” - with key roles for ethnic leaders - and are holding online talks about joint resistance to the military junta.