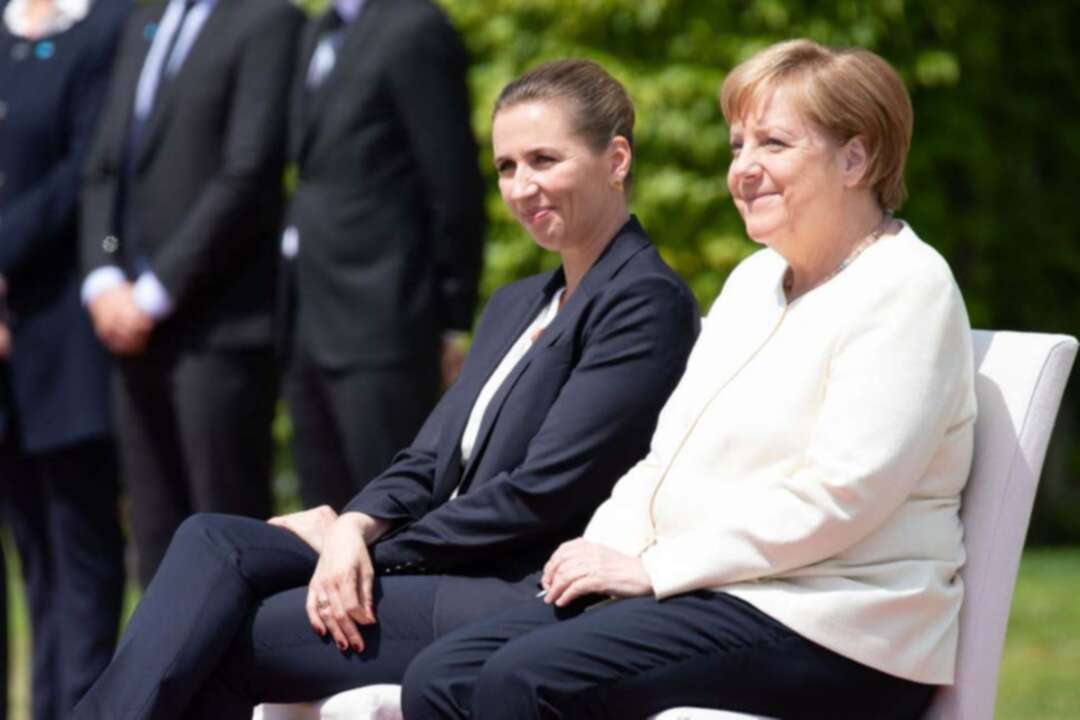 “Does Merkel travel too much?” asked mass-selling daily Bild on Friday as Germans fret about the health of their chancellor, who sat rather than stood at a ceremony on Thursday after shaking for the third time in as many weeks when standing a day earlier.

The shaking episodes - all while standing at ceremonies - have unnerved many Germans, who look to Angela Merkel as a rock in an unstable world, and have raised questions about her health and whether her punishing schedule is proving too much.

“Dear sitting chancellor, it broke my heart when I saw you sitting for the military honors for the Danish prime minister,” Bild columnist Franz Josef Wagner wrote of her decision to break with protocol and sit at Thursday’s welcoming ceremony.

“We are seeing someone who wants to stay strong, and shakes and shakes,” he added.

Bild counted 21 foreign trips that Merkel, who turns 65 next week, has been on so far this year, which it said was more than 41-year-old French President Emmanuel Macron, on 17, and 62-year-old British Prime Minister Theresa May, on 16.

Leading the European Union’s largest economy, Merkel is renowned for her work ethic and has a reputation for outlasting otherleaders at EU summits with her ability to focus on the details of complex discussions deep into the night.

Merkel appeared cheerful and steady at two appointments on Friday morning, posing briefly while standing before cameras to receive a report on carbon pricing and for a gallery opening.

The chancellor, who has no history of serious health issues, insisted “I am fine” on Wednesday, after trembling at a ceremony to receive Finland’s prime minister, and said she was “working through” a bout of tremors that first occurred in mid-June.

But she has declined to give any details about her health.

After a June 27 episode of shaking at an event with German President Frank-Walter Steinmeier, Merkel went ahead with her planned trip to Japan for a G20 summit before returning to Europe for three days of tortuous talks at an EU summit.

“I look after my health,” she said on Thursday.

Merkel has led Germany since 2005, making her the longest-serving political leader of a major Western democracy.

She plans to step down before the next federal parliamentary election, due in 2021.