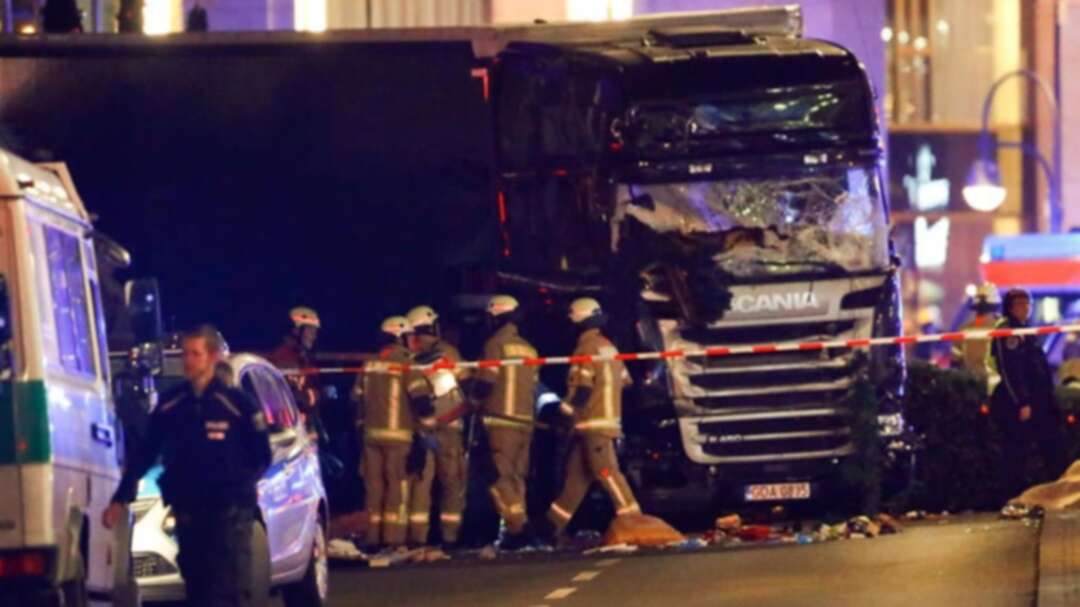 Police and emergency workers stand next to a crashed truck after an extremist attack at a Christmas market in Berlin, Germany, in 2016. (Reuters)

German police on Tuesday arrested a 37-year old Syrian man suspected of exchanging bomb building material through an extremist messenger group with the aim of planning an attack, police and prosecutors said.

Police special forces searched the apartment of the suspect in Berlin who had started to buy chemicals and other materials needed to build an explosive device, the general prosecutors’ office said.