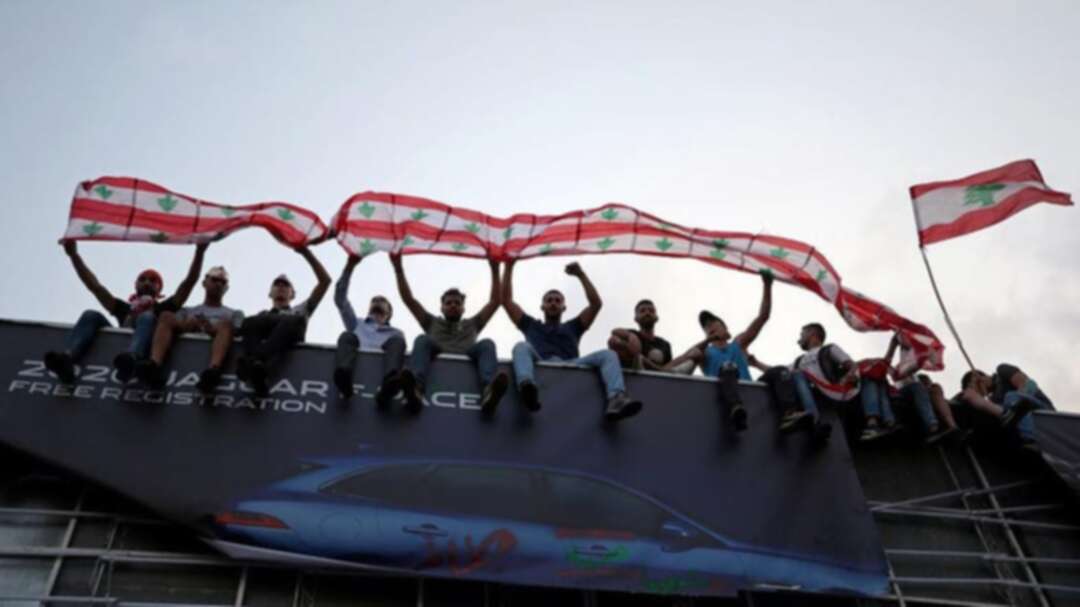 Demonstrators carry national flags as they sit atop of an advertising billboard during an anti-government protest in downtown Beirut. (Reuters)

A nationwide general strike has begun across Lebanon as protests aimed at ousting the ruling government entered a fifth day.

“Today the country is going through difficult times and suffocating economic circumstances. We have always warned of it, and the political disparities experienced by officials has reflected negatively on the needs and social security of citizens, which resulted in a social revolution caused by the economic, financial and monetary distress that has exhausted people,” a statement from the teachers’ union read.

Meanwhile, a group of protesters blocked several roads leading to downtown Beirut on Monday. Live footage showed protesters laying motorcycles and barricades in the middle of what looked like main highways, blocking several cars from passing through.

Lebanese Prime Minister Saad Hariri, who is leading a coalition government mired by sectarian and political rivalries, gave his feuding government partners a 72-hour deadline on Friday to agree reforms that could ward off crisis, hinting he may otherwise resign.

Hariri accused his rivals of obstructing his reform measures that could unlock $11 billion in Western donor pledges and help avert economic collapse.