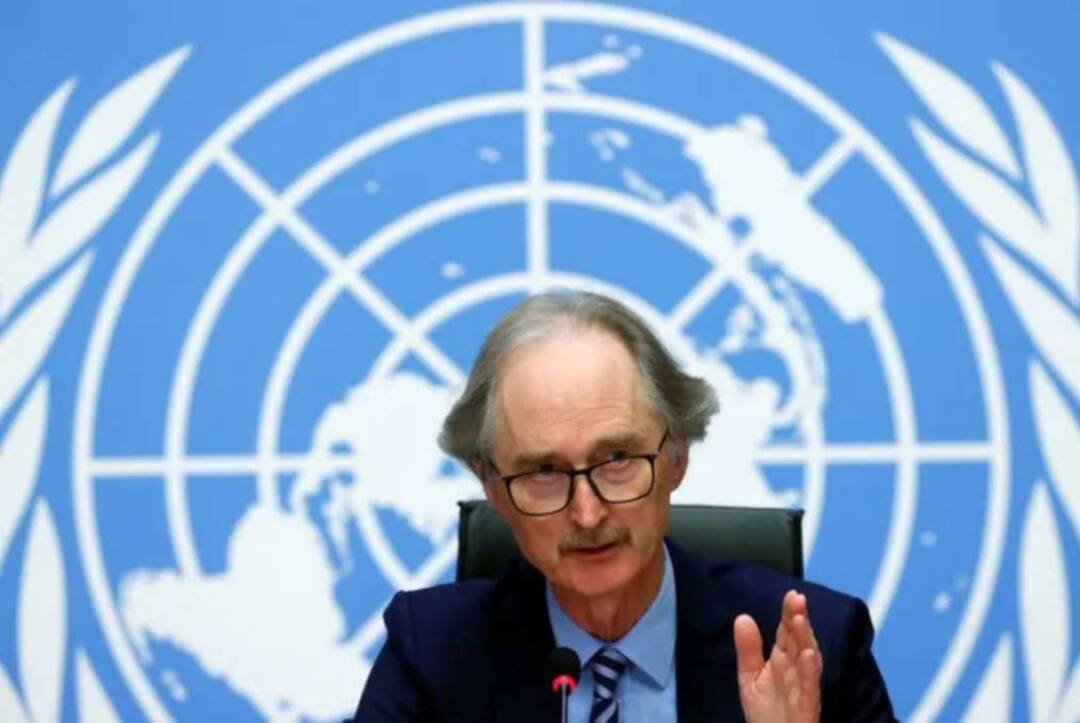 The Asharq Al-Awsat reported, the United Nations Special Envoy for Syria, Geir Pedersen, briefed on Wednesday the Security Council on the latest developments in Syria and his diplomatic efforts to resolve the crisis.

He told the Council: “Syrians see no concrete progress towards a political solution to end the decade-long war."

“Despite the continued violence and suffering, it is also clear that a strategic stalemate does exists,” he stressed, adding that the military solution remains an “illusion.”

At the outset of his briefing, he enumerated the acts of violence in Syria in January, including the attempted jailbreak by ISIS in the Hasakeh region.

“This episode brings back terrible memories of the prison breaks that fueled the original rise of ISIS in 2014 and 2015,” he warned, considering it “a clear message of the importance of uniting to combat the threat of internationally-proscribed terrorist groups -- and to resolve the broader conflict in which terrorism inevitably thrives.”

Pedersen said the tragedy of the Syrian people is only deepening, noting that 14 million civilians now need humanitarian assistance, more than 12 million remain displaced, and many are right now facing freezing winter conditions, while tens of thousands are detained, abducted or missing.

“Education is fragmented and severely degraded – as indeed are institutions and infrastructure across the board,” he continued, adding that the country remains divided and society is deeply fractured.

The envoy addressed his regional and international efforts, reiterating his call for serious diplomatic discussions on a range of steps that could begin to impact the conflict dynamics, build some trust and confidence between and among Syrians and international stakeholders, and make progress step-by-step, step-for-step, within the framework of Security Council resolution 2254.

“I would hope that we can begin to identify and agree on incremental, reciprocal, mutual, realistic, precise, and verifiable steps that could be taken in parallel in areas like detainees, abductees and missing persons, humanitarian assistance and early recovery, as well as conditions for safe, dignified, and voluntary refugee returns.”

“The present challenge is to ensure that the delegations not only table constitutional texts but are prepared to revise them in light of the discussions, to try to find some common ground, or at least narrow differences.”

He promised to continue to spare no effort to engage the Syrian government and opposition, and all sectors of Syrian society, men and women, and all key international stakeholders, in pursuit of his mandate in line with resolution 2254.