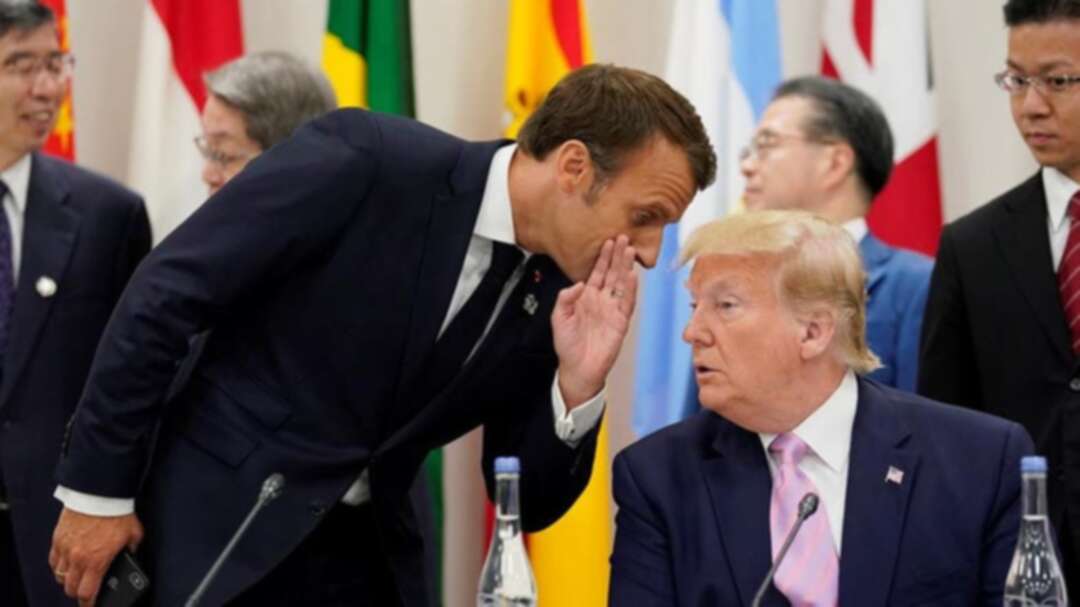 President Emmanuel Macron speaks with US President Donald Trump during a meeting at the G20 leaders summit in Osaka. (File photo Reuters)

French President Emmanuel Macron made clear to Donald Trump on Monday “the absolute necessity to prevent a re-emergence” of the ISIS extremist group, after the US pulled its troops out of northern Syria.

Macron warned, in a telephone call on Monday evening, that the troop pullout and Turkey’s subsequent offensive against Kurds in the region increased the threat of an ISIS resurgence, the presidential palace said.

Paris and other European capitals are concerned that the ISIS members held by the Kurdish authorities could escape and take advantage of the chaos in the region to regroup.

According to Macron’s office, the conversation between the French president and Erdogan “underlined the deep divergence of views on the expected consequences of the Turkish offensive in the north east of Syria.”

According to an account of the conversation provided by the Turkish authorities, Erdogan “explained” to Macron “the objectives of the operation” and “drew attention to the threat posed by the terrorist groups of ISIS and YPG for Turkey’s security and Syria’s territorial integrity.”

The YPG Kurdish People’s Protection Units (YPG) militia had US support in its efforts to overcome ISIS and now feels isolated as it comes under attack from Turkey.

The conversation between Macron and Iraqi president Saleh focused “on the humanitarian and security risks of the current situation,” as well as “on the measures to be taken within the framework of the international coalition against ISIS.”

Macron told Saleh he hoped to see “a strengthening of French-Iraqi cooperation” in this context.