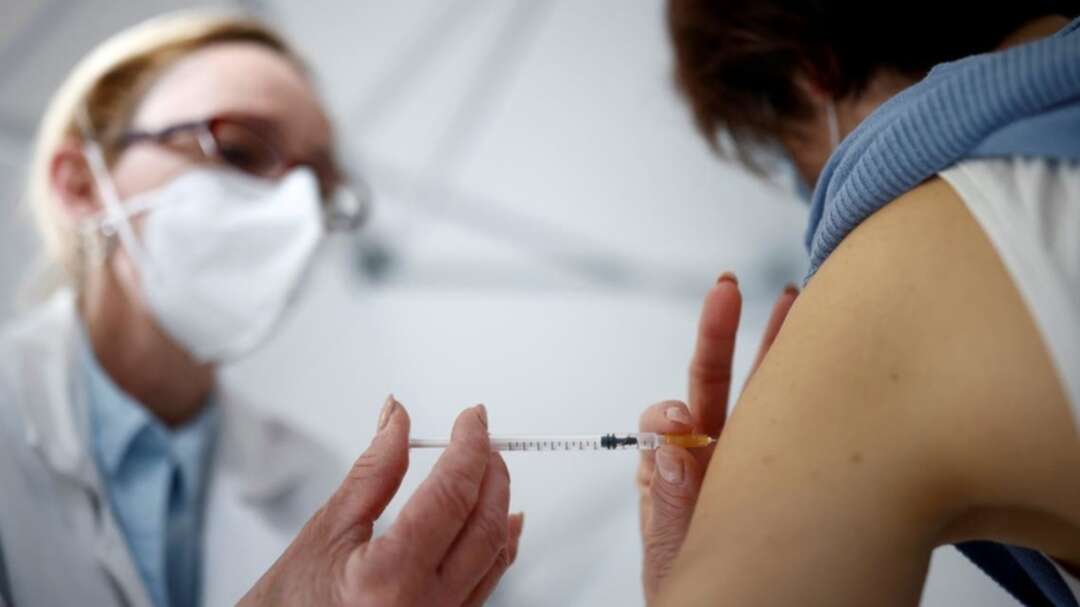 A nurse administers the Oxford-AstraZeneca COVID-19 vaccine to a member of the medical staff at a coronavirus vaccination center in La Baule, France. (Reuters)

France’s top health body said recipients of a first dose of AstraZeneca’s traditional COVID-19 vaccine who are under 55 should get a second shot with a new-style messenger-RNA (mRNA) vaccine, confirming an earlier Reuters exclusive.

The Haute Autorite de la Sante (HAS) regulator also said on Friday there should be an interval of 12 weeks between the two shots, in such cases.

The HAS added that it recommended a study to assess the immune responses given by these mixed vaccine prescriptions.

Two mRNA vaccines, one from Pfizer and BioNTech and another from Moderna, have been approved for use in France.

Confidence in the AstraZeneca vaccine has dropped in Europe since a very few, mostly young, recipients of the shot were found to have suffered extremely unusual blood clots.