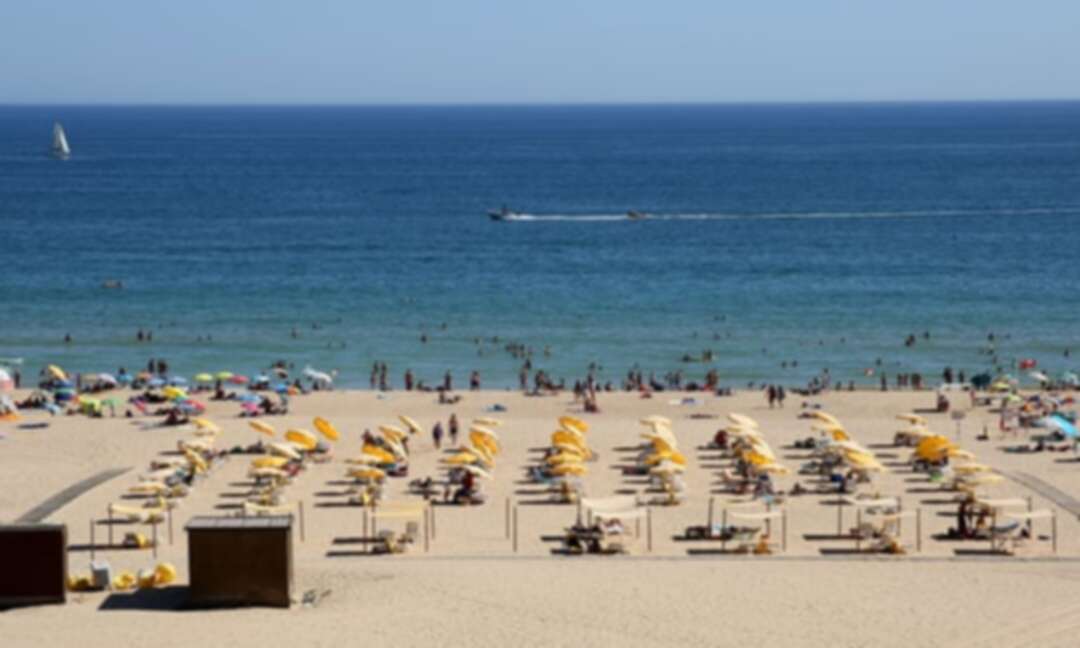 Beachgoers sunbathe and swim at a beach in Portimao, Portugal.

Update says risk in some places, including Portugal and Canaries, no longer ‘unacceptably high’

Hopes that holidays to popular tourist destinations could soon restart have been boosted after the government scrapped advice that said people should avoid all but essential travel to areas including mainland Portugal and Spain’s Canary Islands.

The Foreign, Commonwealth and Development Office (FCDO) said the updates meant the level of Covid risk in some places was no longer “unacceptably high”, prompting speculation about which countries will be put on the “green list” when international travel is allowed again.

Ministers are putting the finishing touches to their traffic light system, that will grade countries green, amber or red, determining whether travellers returning from those countries need to quarantine at home, in a hotel or not at all. The final lists are expected to be signed off on Thursday and announced on Friday.

Covid passports have also been promised by the government to help travellers prove their vaccine status but on Tuesday, Downing Street hinted the repurposed NHS app may not be ready to carry them by 17 May.The Foreign Office’s update this week appeared to give a glimpse at which countries could be on the green list – meaning people will not need to quarantine when they arrive in the UK from them. The advice against all but essential travel was lifted for countries including Malta and Israel, as well as several Greek islands, including Rhodes, Kos, Zakynthos, Corfu and Crete.

While the government said it would give seven days’ notice for allowing foreign trips again so the aviation and tourism industries can have some time to prepare, the transport secretary, Grant Shapps, could give them a few days’ extra notice by making the announcement on Friday, when the green list should be unveiled, instead of next Monday.

Department for Transport sources stressed the Foreign Office advice was drawn up separately and not indicative of which countries would be on the green list. They added islands were unlikely to be included on the green list to start with, but could be “separated out as the summer proceeds”.

There may only be about a dozen countries on the green list when it is released, but it is understood that those are likely to include very small nations that not many people travel to from the UK. Government insiders stressed the initial list would be “cautious” and “limited” and could be bolstered with more popular destinations at the review points every three weeks.

Meanwhile, concerns were raised about digital vaccine passports being developed by the NHS not being fully ready for 17 May.

Henk van Klaveren, head of public affairs at the Airport Operators Association, said he believed the app being developed did not include proof of a traveller’s negative test result, that countries may require to let people skip quarantine.

He added that the passenger locator form – used to monitor where arrivals say they will be staying and quarantining in the UK – also needs digitising quickly, to avoid people potentially spreading Covid while they wait for the documents to be manually checked.

“We see queues out on to the tarmac in certain airports because the Border Force is simply not able to cope with the limited resources that they are putting at the border and the lack of e-passport gates,” van Klaveren said.

He said the government is only planning to open its e-passport gates in the autumn, which was a “preposterous deadline” and instead needed to be done “really rapidly, because the queues at the moment are unacceptable”.

The government did not deny that the NHS app would not, at first, display Covid test results. The prime minister’s spokesman also suggested the app may not be ready for the resumption of international travel and an alternative could be rolled out instead.

He said the government would “set out what measures are used for those initial countries that are available for travel, be it the app or another approach”.

When pressed, the spokesman said: “There are other routes to achieving the same end-goal. We are working on the app at the moment, at pace, to have it ready, and we will be able to confirm ahead of the 17th at the earliest what approaches we will be using.”

The shadow home secretary, Nick Thomas-Symonds, said safety has to come first when international travel resumes and that ministers’ record on Covid border security so far has been awful.

He called the hotel quarantine system for travellers arriving from red list countries too lax and said it had led to dangerous new variants reaching the UK.

Thomas-Symonds said: “The government needs to set out full details of any proposals, including what criteria will be used and what countries will be in each band. They also need to bring forward the long promised international vaccine passport, as well as sorting out test, trace and isolate. The worst possible thing would be an unprepared government rushing ahead of itself and allowing a vaccine resistant strain to reach the UK.”