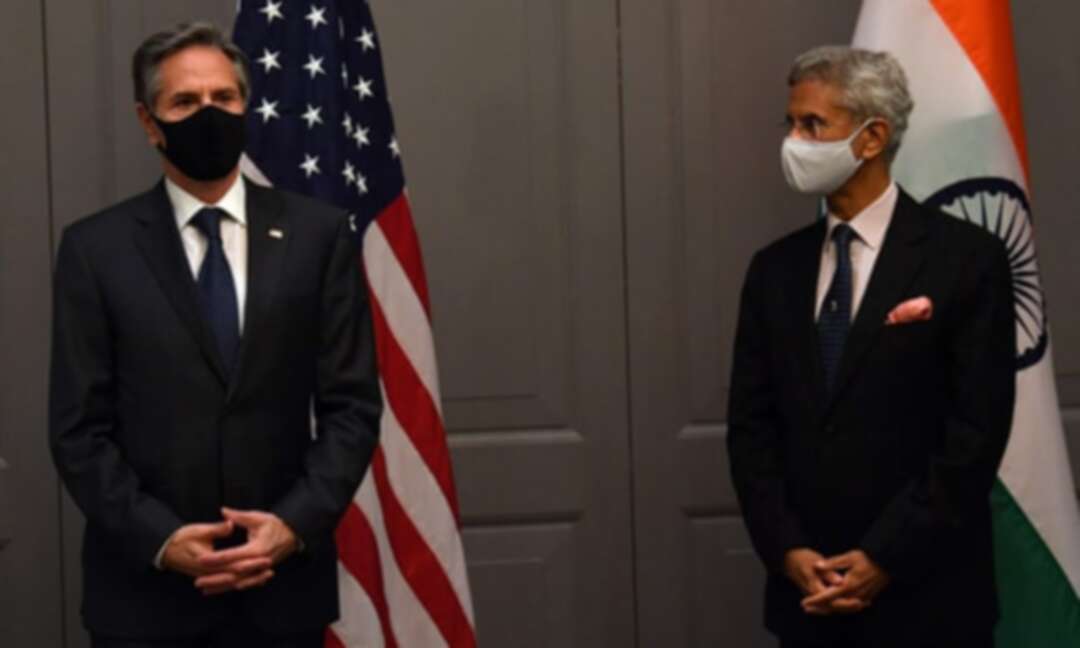 India’s foreign minister, Subrahmanyam Jaishankar (right), with the US secretary of state, Antony Blinken, in London on Monday after a G7 meeting.

India’s entire delegation to the G7 visiting London this week has been forced to self-isolate, after several of them tested positive for coronavirus.

The Guardian understands all of the entourage tested negative before departing for the UK, but further tests on arrival conducted by Public Health England (PHE) showed two members had Covid.

It means all face-to-face meetings between the Indian ministers and their counterparts from Britain, Canada, France, Germany, Italy, Japan and the US have been cancelled and will take place virtually instead.

They had been due to attend a session with the G7 today at Lancaster House.

Questions remain about whether the Indian delegates quarantined in a hotel on arrival in the UK, as required for travellers from “red list” countries. Government guidance says there is an exemption for people representing a foreign country.

India was put on the red list last month given concerns about a variant first discovered there. The variant – known as B.1.617 – has been classified by UK scientists as a “variant under investigation” and has been partially blamed for the explosion in the number of cases in India.

Jaishankar tweeted on Wednesday that he had since been made aware of “exposure to possible Covid positive cases”.

He added: “As a measure of abundant caution and also out of consideration for others, I decided to conduct my engagements in the virtual mode. That will be the case with the G7 meeting today as well.”

The two ministers’ meeting was a private one outside the G7 and Jaishankar was not among the India delegates who tested positive.

It is understood PHE advised Patel she did not need to isolate because social distancing and mask-wearing were maintained. Liz Truss, the international trade secretary, also held a meeting with Jaishankar but it was done virtually.

A senior UK diplomat said they “deeply regret” that meetings with the Indian ministers could not take place as planned, but added: “This is exactly why we have put in place strict Covid protocols and daily testing.”

All other attendees at the G7 meetings will continue to be tested daily and be told to follow social distancing protocols.

The disruption to the agenda will come as a blow to the UK government, which is keen to strengthen trade ties with India as part of Boris Johnson’s post-Brexit vision.

While not part of the G7, India was invited by the UK to join talks a guest.

Johnson and the Indian prime minister, Narendra Modi, met virtually on Tuesday after he had to cancel two trips to Delhi to discuss a free trade deal because of India’s coronavirus crisis.

The preliminary series of G7 meetings was called before the full summit in Cornwall next month.

Meanwhile, it was revealed that surge testing for the India variant was not being carried out in England, despite the government claiming it would be. The most recent data from PHE showed that in the week to 27 April, a further 61 cases were confirmed, bringing the total to 193.