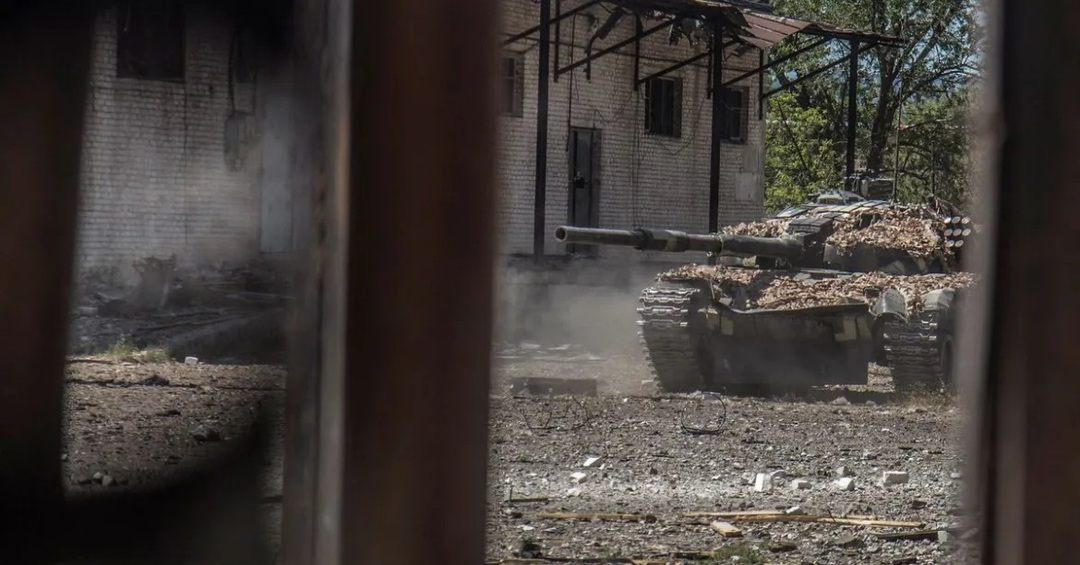 A tank of the Ukrainian Armed Forces its seen in the industrial area of the city of Sievierodonetsk, as Russia’s attack on Ukraine continues, Ukraine June 20, 2022. Picture taken June 20, 2022. REUTERS/Oleksandr Ratushniak

First partial voting results from four Russian-occupied regions of Ukraine showed overwhelming majorities of residents in favour of joining Russia, Russian state news agency RIA said on Tuesday, after so-called referendums that Kyiv and the West have denounced as a sham.

Voting had taken place over five days in four regions - Donetsk, Luhansk, Zaporizhzhia and Kherson - that make up about 15% of Ukrainian territory.

An EU official said on Tuesday (Sep 27), there will be consequences for those who assisted in the illegal referenda in four regions of Ukraine on joining Russia.

Ukraine has repeatedly warned that Russian annexation of additional territories would destroy any chance of peace talks.

The exercise paves the way for President Vladimir Putin to annex the four areas, after which he could portray any Ukrainian attempt to recapture them as an attack on Russia itself.

He has said on Sept. 21 that he was willing to use nuclear weapons to defend the "territorial integrity" of Russia.

RIA said the initial counts showed majorities ranging from 96.97% in Kherson region, based on 14% of votes counted, to 98.19% in Zaporizhzhia, based on 18% of the count.

He explained that the referenda on joining the Russian Federation were "organized in Ukrainian territory amid military control from the aggressor."