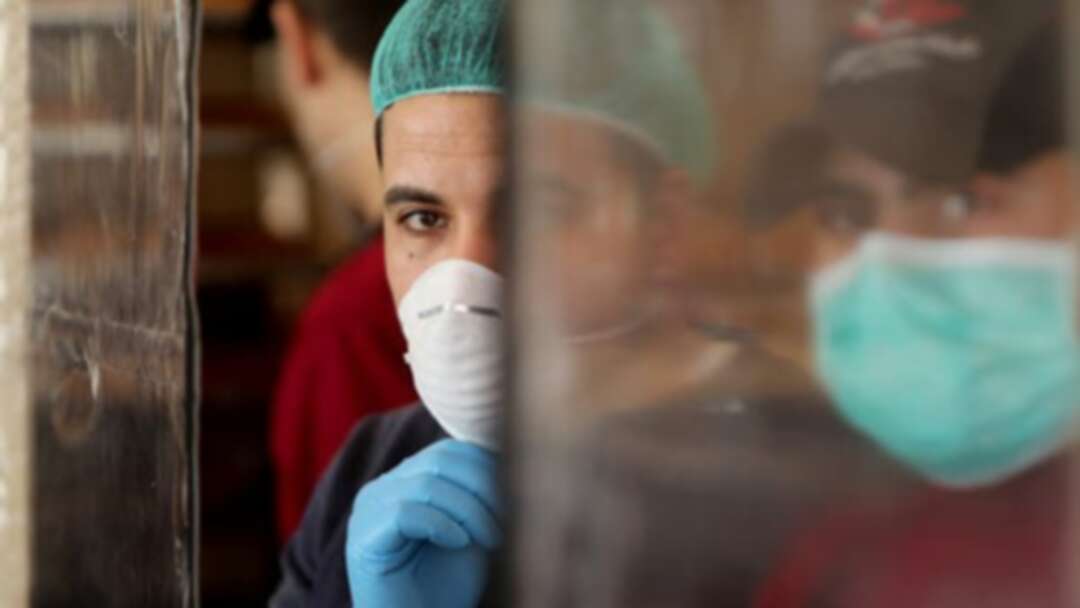 Palestinians wearing masks in a bakery in the Gaza strip. (File photo Reuters)

The arrival of the coronavirus in the Gaza Strip, an impoverished enclave where the health care system has been gutted by years of conflict, raised fears Sunday the pandemic may soon prey on some of the most vulnerable populations in the world.

Authorities in Gaza, which has been under an Israeli and Egyptian blockade since the Palestinian militant group Hamas seized power from rival Palestinian forces in 2007, confirmed its first two cases overnight, in returnees who had come from Pakistan.

An outbreak could wreak havoc on the Palestinian territory, which is home to over 2 million people, many living in cramped cities and refugee camps. There are similar concerns about a catastrophe if the virus turns up in war-torn Syria, Libya or Yemen.

The virus causes only minor flu-like symptoms in most people, who recover in a matter of weeks. But it is highly contagious and can cause severe illness or death in some patients, particularly the elderly and those with underlying health problems. Severe cases are often only able to breathe with respirators.

Abdelnasser Soboh, director of the World Health Organization’s Gaza office, said the territory only has 62 ventilators, with all but 15 already in use. He estimates the territory needs 50 to 100 more to address an outbreak.

With its current capacity, he estimated Gaza’s hospitals can handle the first 100 cases if they come in gradually. “If there is a spread to hundreds, this will cause a challenge to the health care system,” he said.

Gaza’s isolation likely delayed the arrival of the coronavirus, which has infected more than 300,000 people worldwide and killed more than 13,000. More than 90,000 people have recovered. levant

Iranian child in coma after being given alcohol for ‘coronavirus protection Coronavirus-infected mother, new-born quarantined at Lebanese hospital