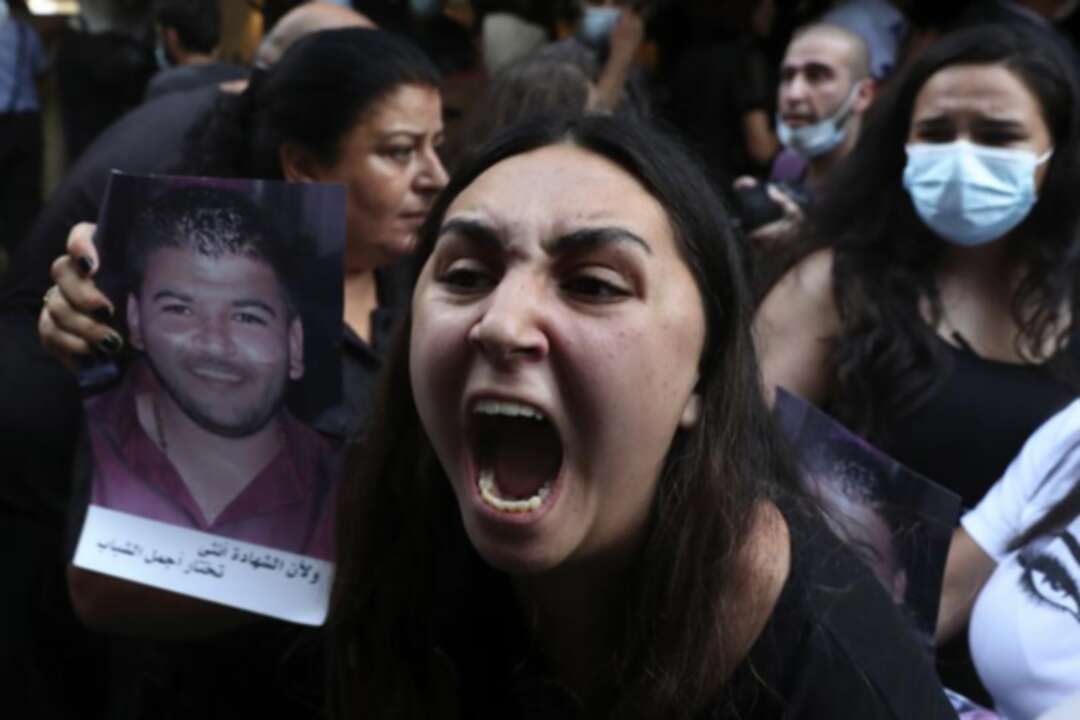 According to the AP, Hundreds of Lebanese protesters marched outside the home of Mohamed Fehmi in a symbolic funeral procession with empty coffins to symbolize the victims. They then tossed the coffins into the yard of the building and pushed their way through security guards to hold a symbolic burial ceremony. Beirut port

Riot police fired tear gas and scuffled with protesters — mostly family members of victims of the Beirut Port blast — outside the home of Lebanon’s caretaker interior minister Tuesday. The demonstrators demanded an end to what they call the obstruction of an investigation into one of the largest non-nuclear explosions in history.

The Aug. 4 explosion at the port devastated the capital, killed more than 200 people and injured thousands.

Hundreds of tons of ammonium nitrate, a highly explosive material used in fertilizers that had been improperly stored in the port for years ignited, causing the explosion. Beirut port

Many blame officials for keeping the explosive material stored at the port.

Investigating Judge Tarek Bitar said earlier this month he intends to pursue senior politicians and former and current security chiefs in the case, and requested their immunity be lifted so he can prosecute them.

Families of the victims and survivors praised the judge’s move as a bold step. His predecessor leading the probe was removed after he accused two former ministers of negligence that led to the explosion.

The gathering turned rowdy when dozens of protesters stormed Fehmi’s building, breaking down two metal gates, and scuffled with riot police who beat them with clubs. Police fired tear gas to push back against the protesters. The push set off pitched street battles with stone-throwing protesters. Many were injured and treated on the scene.

The protesters sprayed the word “killer” in red at the entrance of Fehmi’s building as men pelted the building with tomatoes.

Lebanon is also experiencing one of the worst economic crises in the last 150 years, according to the World Bank. Despite the economic meltdown, politicians have been unable to form a government to lead negotiations with the International Monetary Fund for a recovery package. Beirut port