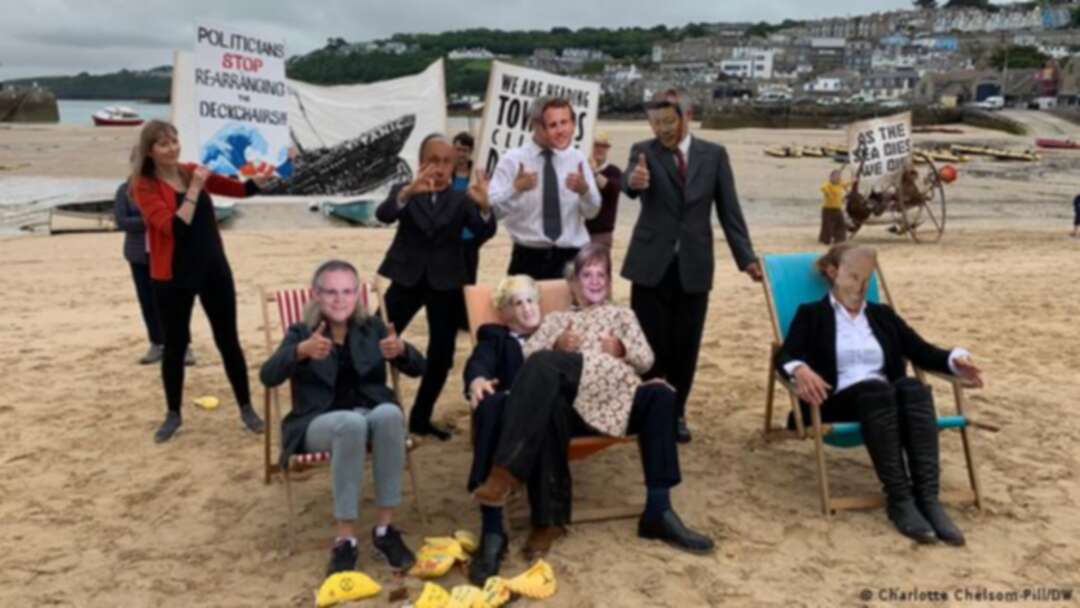 As G7 leaders meet in Cornwall, Extinction Rebellion activists are staging a series of demonstrations throughout the three-day summit, 'Sounding the Alarm' on the climate and ecological emergency.

According to DW, hundreds of Extinction Rebellion protesters streamed through the narrow streets of the seaside town of St. Ives on Friday, just a short distance from the tightly secured Carbis Bay resort, where the leaders of the world's biggest economies were gathering for the opening day of the Group of Seven summit.

Extinction Rebellion which describes itself as a "non-violent civil disobedience" activist movement, known globally for its creative, but sometimes disruptive actions,  DW said.

The group set off under police escort has said the G7 leaders need to hear us.

The protesters were invited to make as much noise as possible with drums, air horns and rattles. They needed to say things loud and clear.

DW reported Extinction Rebellion spokesperson and retired environmental consultant's statement "We are sounding the alarm because we are facing catastrophe, ecological collapse and climate collapse."

"What's happening in the global south now will be happening to us soon, so people need to know this."

"The G7 leaders need to know that vague promises are not good enough. We need policies, we need plans, we need it enshrined in law and we need immediate, urgent action," the spokesperson added.

The march culminated in a delegation of activists delivering letters containing messages from communities in climate vulnerable countries to the gates of the hotel where leaders were meeting.

Meanwhile, Extinction Rebellion will stage another non-violent march targeting what they describe as the government's "greenwashing" of the climate and ecological emergency.

Saudi Arabia asks for western consultation to host the 2030 World Cup G7 summit: Biden to urge west to counter china’s influence as it is accused of human rights abuses