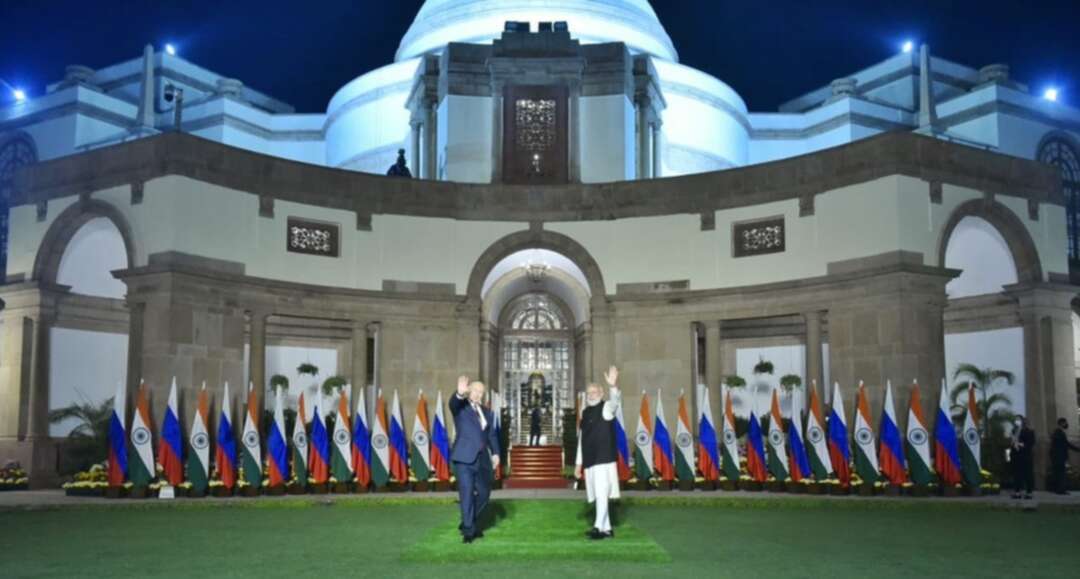 The Arab News reported, Russian President Vladimir Putin’s day-long visit to New Delhi on Monday has been labeled by foreign policy experts as “symbolic” and “substantive,” and an attempt to restore strong Russia-India relations.

Putin and Indian Prime Minister Narendra Modi held a meeting on Monday after a two-year freeze on relations. They signed 28 agreements covering bilateral defense and an Indian purchase of 600,000 Russian assault rifles.

New Delhi and Moscow have a long history of friendship, but the relationship between the two has suffered in recent years following India’s growing relationship with the US, which the South Asian republic considers critical to countering its northern neighbor, China. 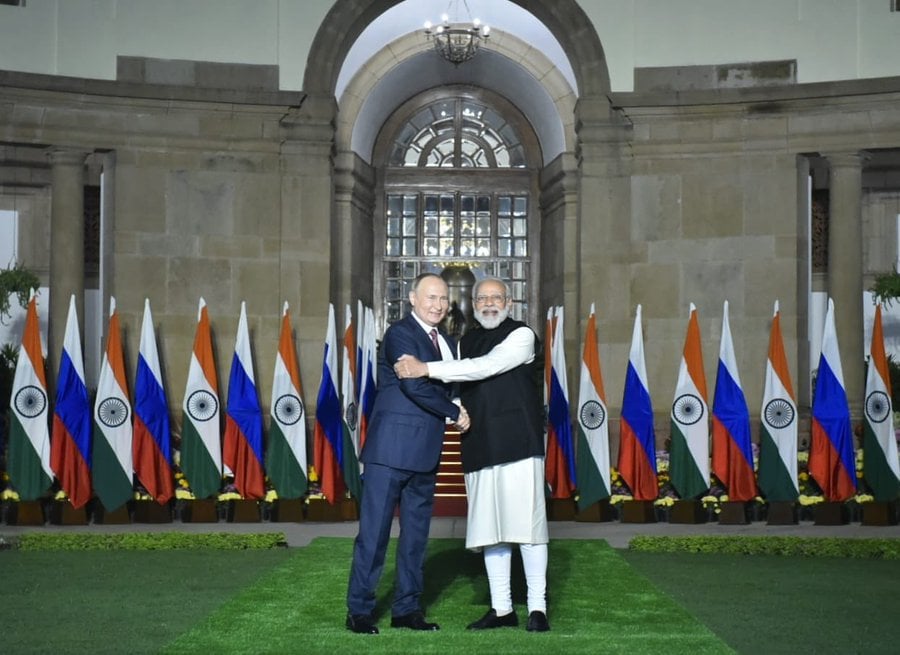 
In his opening remarks at the summit, Modi underlined the long-standing relationship between India and Russia.

He said: “A lot of geopolitical equations have emerged. But the India-Russia friendship has been a constant among all these variables."

“It is truly a unique and reliable model of inter-state friendship.”

In his own comments, Putin called India a “time-tested friend.”

He said: “Our colleagues, foreign and defense ministers are here; this is the first meeting in this format. It means that we continue to develop our relations on the international scene and in the military sphere.

“We perceive India as a great power, a friendly nation and a time-tested friend.”

Foreign policy experts have said that the visit was an attempt to arrest the drift in the Russia-India relationship. “Putin’s visit to an extent arrested the drift in the relationship between the two nations,” Prof. Harsh V. Pant, head of the strategic studies program at New Delhi-based think tank Observer Research Foundation, told Arab News.

Read more: Mohammed bin Salman arrives in the UAE on the second leg of his Gulf tour

“The visit went well given that there has been this perception that that the two nations are drifting apart because of China, the Indo-Pacific and the Quad. Russia was vocal in its disagreement of all those things, and I think this visit seems to be a recognition from the top of the two countries that despite the divergences, they do see great value in keeping each other a priority country,” said Pant.

Russia has reservations over the formation of the Quad, a quadrilateral grouping involving the US, India, Japan and Australia initiated in response to China’s growing assertiveness in the Indo-Pacific region.

Harsh Vardhan Shringla, India’s foreign secretary, said in a press briefing on Monday that “concern over the Indo-Pacific strategy was raised with Russia.”

Putin’s visit also comes at a time when New Delhi’s relationship with Beijing — a close ally of Moscow — is strained. A tense military stand-off between the two large Asian neighbors at the Himalayan borders in Ladakh has lasted for more than a year. In a border clash between the two nations in June 2020, at least 20 Indian soldiers died.

Pant said: “It’s going to be a sticky point going forward, there is no doubt about that. This is a challenge in the relationship."

“India has to convey to Russia how strongly it feels on the China question.”

Pant added that “if the relationship between India and Russia is broad and not one-dimensional, then both nations would be able to tide over these differences on China.”

India has also begun to receive S-400 surface-to-air missiles from Russia this month.

“The supply of S-400 air-defense missile systems had “begun this month and will continue to happen,” said the Indian foreign secretary.

Political analyst and the former Indian ambassador to Jordan and Libya Anil Trigunayat said that the S-400 sale is a matter of India’s “strategic autonomy.”

Trigunayat told Arab News: “India has to secure her national interests, which are an integral part of her strategic autonomy.

“India hopes that the global comprehensive strategic partnership that New Delhi and Washington share will enable the US to appreciate India’s genuine quest and concerns.”