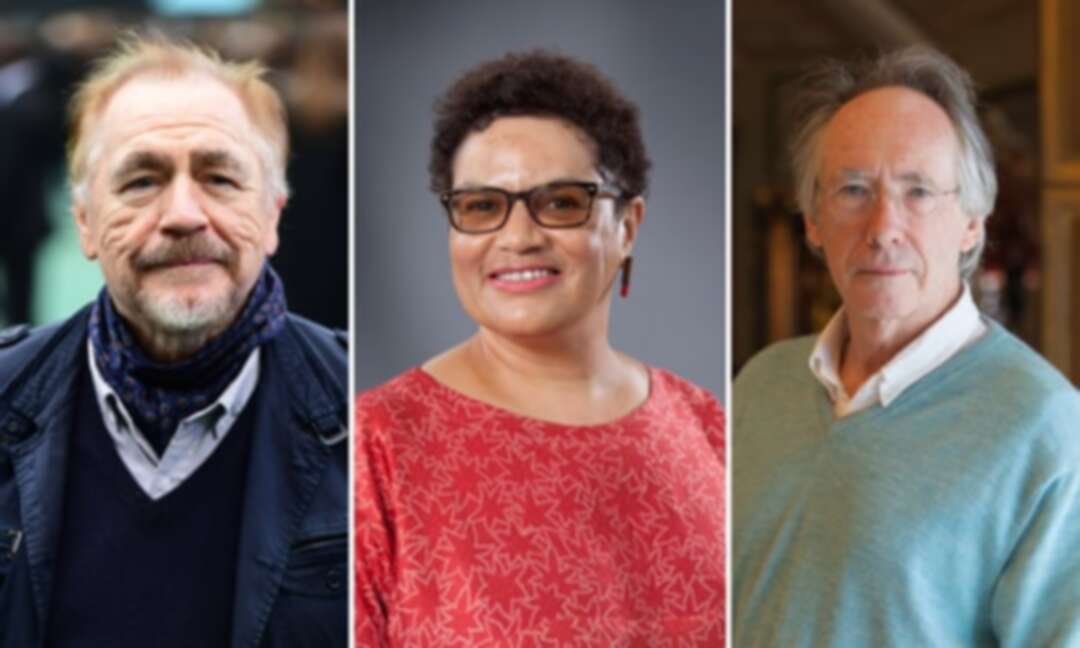 European leaders are being urged to make an “unilateral and open offer” to Scotland to rejoin the EU should it vote for independence in a future referendum, in a letter signed by more than 170 prominent cultural figures from across the union.

Ahead of next week’s Holyrood elections, for which polling suggests a pro-independence majority of MSPs is a near certainty, the Italian novelist Elena Ferrante, the Slovenian philosopher Slavoj Žižek, the English director Richard Eyre and the Greek political scientist Kalypso Nicolaïdis are among those asking heads of EU nations and institutions to show solidarity with the Scots.

Their letter calls on EU leaders to recognise Scotland’s special position, after it voted to remain by 62% to 38% in the 2016 referendum, by clearly signalling a path for the country to return as a member in advance of any independence referendum so that voters can make an informed choice.

Launching the SNP manifesto earlier this month, the party leader and first minister, Nicola Sturgeon, suggested that moves to re-enter the EU would be automatic after a yes vote on independence, rather than requiring an additional referendum, stating that “the vast majority of people in Scotland want to rejoin the EU”. But she has faced continuing questions about the SNP’s plans for a border with England in this event.

Organised by the informal group Europe for Scotland, the letter is published in the Guardian and across Europe on Thursday, and available online translated into 19 European languages for others to co-sign.

Noting that the UK government has stated that it would refuse to grant Holyrood the legal powers required to hold a second referendum, regardless of the outcome of next week’s election, the signatories describe this impasse as “unprecedented” and one that “demands fresh thinking from the EU”.

While the usual process is for the EU to respond to a membership request only when it comes from an independent country, the signatories – also including the English fantasy writer Neil Gaiman, the Scottish Golden Globe winner Brian Cox and the German novelist Daniel Kehlmann – argue that Scotland “deserves a different process”.

“The EU and its member states should make a unilateral and open offer of membership: an exceptional proposal to match Scotland’s exceptional circumstances,” suggests the letter, adding: “Generous terms should be offered to support Scotland’s budget in the challenging months of the transition before rejoining the EU.” 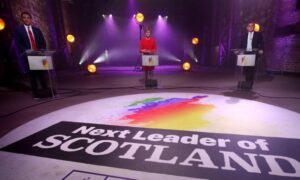 The Scottish Labour leader, Anas Sarwar, the first minister and leader of the SNP, Nicola Sturgeon, and the Scottish Conservative party leader, Douglas Ross, take part in a debate in Glasgow.

One of the letter’s organisers, the writer and co-founder of openDemocracy, Anthony Barnett, said: “We want to shift the narrative from the negative spirit of Brexit to one of positive solidarity. Scotland – where every region voted remain – must not be left on its own by Europe while being subjected to bullying by the UK government. Instead, we want the Scots to know they are supported across Europe, including in England, Wales and Northern Ireland.”

Jackie Kay, Scotland’s leading poet and a former makar, or national poet, added that it was “in the DNA of our country to be open-armed and internationalist in spirit and it goes against the grain for Scotland to be torn away from our European family”.

Another signatory, the novelist and screenwriter Ian McEwan, argued that the Brexit vote had damaged the union and that it now fell to Scotland to take responsibility for its own future. “Should it decide on independence, it will thrive within the EU as other small nations do. Leading figures in Brussels have promised that ‘the door will remain open’. Now is the time for them to hang out the welcome sign.”

Sturgeon was questioned on the practical implications of an independent Scotland rejoining the EU on the BBC’s Andrew Marr programme on Sunday. She accepted there would have to be a border, adding: “Of course we want to keep trade flowing across the England-Scotland border. That would be in the interests of Scotland as well and we would work to make sure that happened.”

In 2016 about a third of SNP supporters voted to leave the EU. While the Scottish Greens are also committed to an independent Scotland rejoining the EU, Alex Salmond’s new Alba party proposes joining the European Free Trade Association “as either an interim position from which to negotiate EU membership or a long-term proposal depending on the view of the Scottish people”.