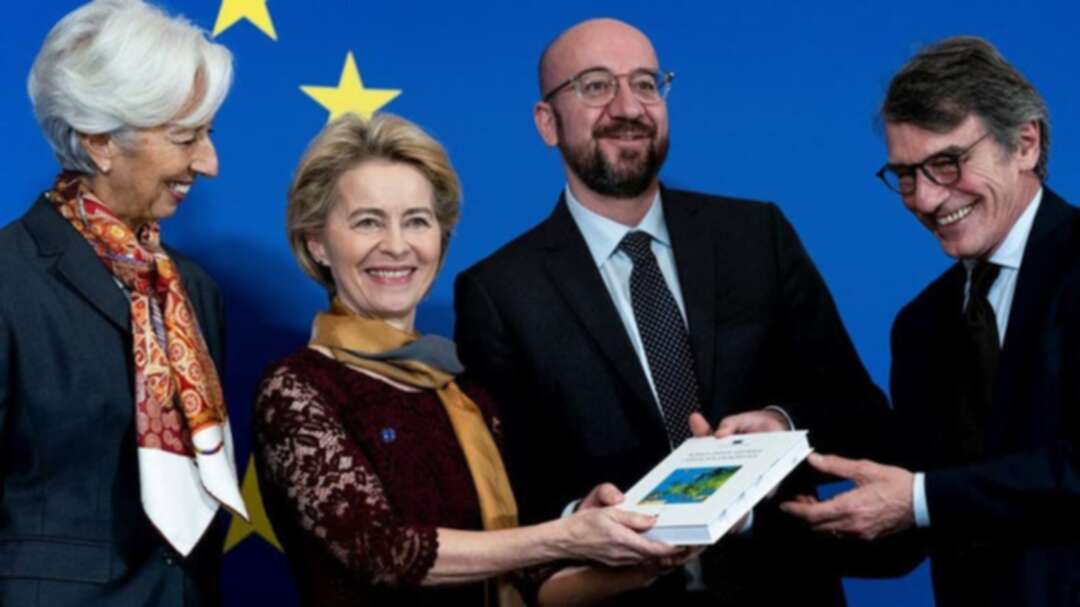 The EU’s new leadership took office on Sunday, one month later than planned, promising a more united Europe that would be ready to face major challenges, including fighting climate change.

Germany’s Ursula von der Leyen became president of the European Commission and marked the occasion in a short ceremony with her top EU official counterparts, including EU Council President Charles Michel who also started on Sunday.

The team took the reins as the 28-member union is faced with a mountain of difficulties, including the Brexit divorce with Britain and tense ties with superpowers China and the United States.

“It is our responsibility to leave a union that is stronger than the one we inherited: ... a continent in peace with rights and liberties (and) a single market with unprecedented economic opportunities,” she said.

Former IMF chief Lagarde, who took office last month, stressed that the union had only recently left the damaging debt crisis and must look to the future.

“It’s a formidable challenge that awaits us, but my hope is that... we may leave this age of repairing (the EU) to one of renovation and hope,” she said.

Von der Leyen, who replaced EU veteran Jean-Claude Juncker, will lead a 27-strong team of commissioners who also began work on Sunday with a clear ambition to make Europe a global powerhouse on green policy.

The Sunday ceremony was officially the 10th anniversary of the latest European treaty that simplified an EU governance, which remains complicated and often criticized as too removed from the continent’s 500 million citizens.

Her mandate was due to start on November 1 but was delayed after three of her initial nominees to the commission were rejected during the parliamentary confirmation process in an unprecedented snub.