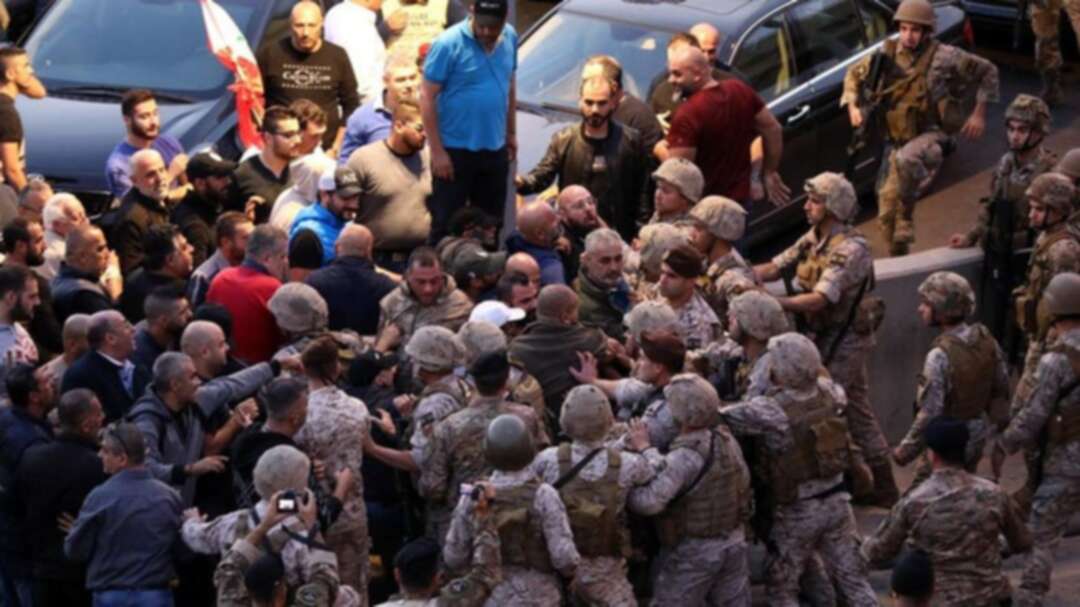 Backers of the Free Patriotic Movement founded by the Lebanese president scuffle with soldiers during a rally in his support near the presidential palace in Baabda on December 1, 2019. (AFP)

Lebanon’s armed forces have deployed near the presidential palace east of Beirut to prevent friction between rival Lebanese protesters as the stalemate over forming a crisis government continues.

Anti-government protesters called for a rally on Sunday outside the Presidential Palace in Baabda to press President Michel Aoun to formally begin the process of forming a new government.

Prime Minister Saad Hariri resigned over a month ago amid nationwide protests accusing the political elite of corruption and mismanagement of the economy.

The call prompted a counter-rally by supporters of Aoun.

Army soldiers formed a human chain to separate the groups on a highway leading to the palace, preventing crashes.

On Sunday, Lebanon’s caretaker Trade Minister, Mansour Bteish, said that he and others had asked the central bank governor and commercial banks at a recent meeting to reduce interest rates by roughly half.

Since protests erupted across Lebanon on October 17, pressure has piled on the financial system. A hard currency crunch has deepened, with many importers unable to bring in goods, forcing up prices and heightening concerns of financial collapse.