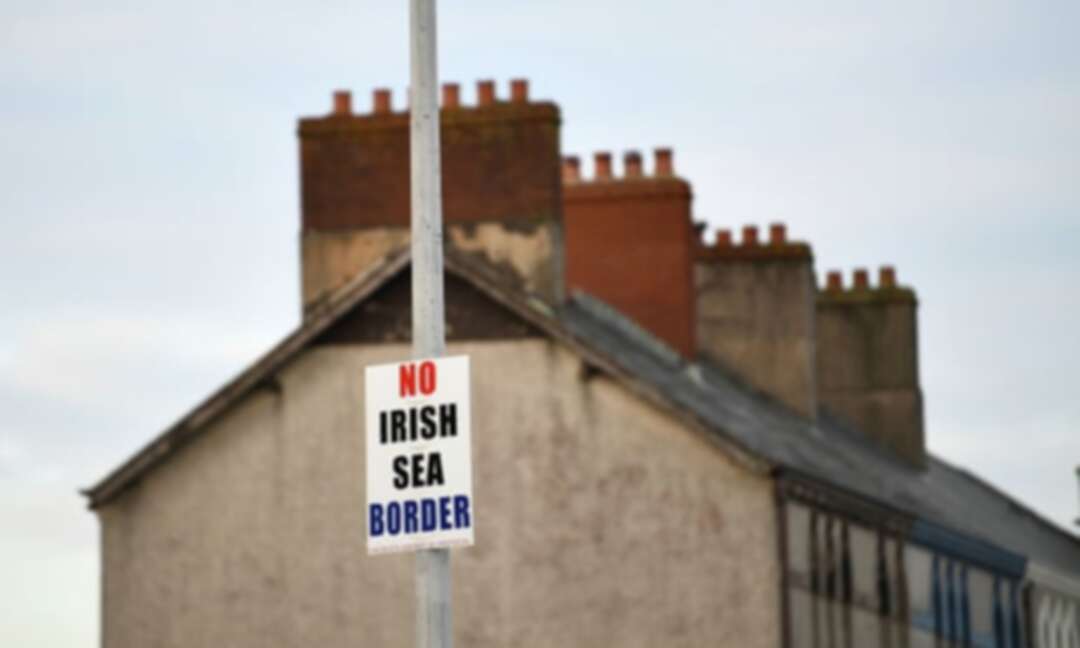 A sign affixed to a lamppost in the port of Larne, Northern Ireland. The EU launched infringement proceedings against the UK over Brexit last week.

The EU is pressing to reopen Brexit talks with the UK in an effort to end the bitter row over Northern Ireland a week after it formally launched legal action against the government.

Ireland’s foreign minister has indicated that the EU is willing to show some flexibility despite the UK’s recent decision to unilaterally delay implementation of the special arrangements for Northern Ireland, which led to the threat of court action.

Simon Coveney told RTE there had been “some back and forth” between the two sides in recent weeks, and that if London provided a road map of how it planned to proceed, the EU could look at flexibilities, including extensions to grace periods.

“I think certainly the EU side wants to get a process under way again, so that both sides are talking to each other,” he said.

He was speaking in Brussels after meeting the European commission vice president, Maroš Šefčovič, the co-chair of the EU-UK joint committee.

His remarks indicate a desire on the EU’s side to ease tensions with the UK over the alleged breach of the Northern Ireland protocol that Boris Johnson signed up to in January last year.

Sources at the EU revealed last week that in a side deal done in December with the UK to allow grace periods for checks on goods crossing the Irish sea, the UK had agreed to provide a roadmap revealing the steps and “milestones” for the implementation of the Northern Ireland protocol.

But Brussels said the roadmap was never delivered.

Coveney said it should have included detail on the completion of border control posts at Larne and Belfast ports and the provision of real-time data on the goods entering NI from GB.

The EU launched infringement proceedings against the UK over Brexit last week, the second time in six months. The UK has one month to formally respond.