EU and UK bid to save Brexit talks before key summit 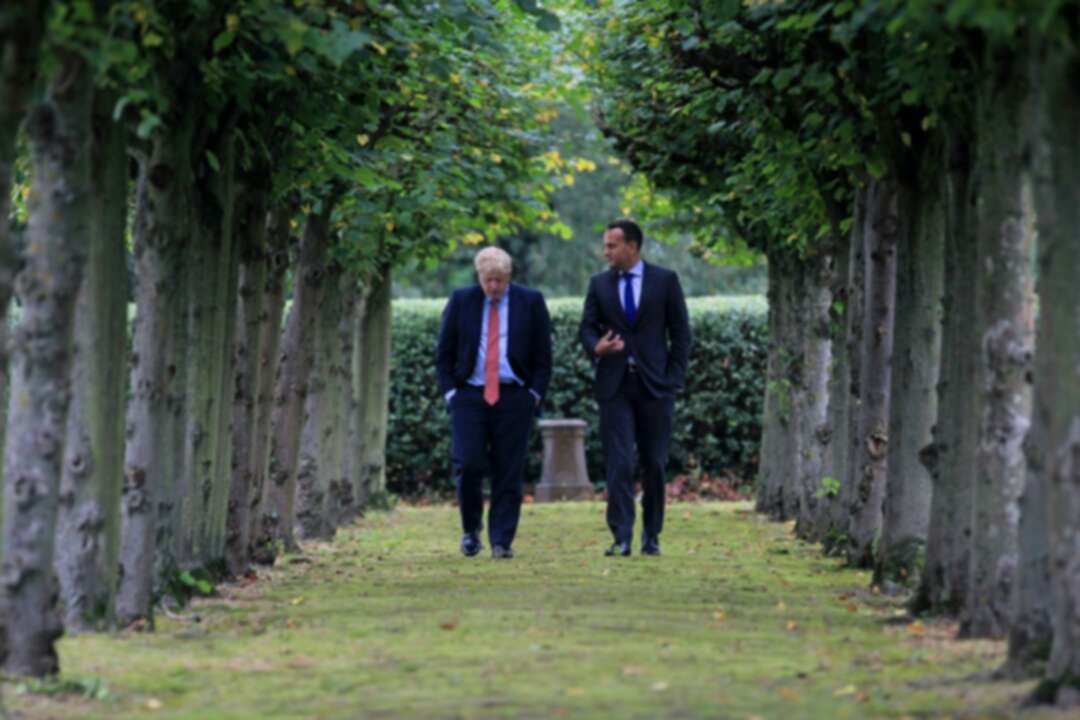 British and EU negotiators held a "constructive" breakfast meeting Friday in a last-ditch bid to restart Brexit talks, as leaders insisted a deal might yet be possible despite time running out fast.

"We had a constructive meeting with Steve Barclay and the British team," Barnier told reporters. "I have already said that the Brexit is like climbing a mountain and we need vigilance, determination and patience."

A British spokesman also described the closed-door talks as a "constructive meeting".

Neither side would reveal any detail about what was discussed, but a European diplomat told AFP: "At this stage, the less we hear, the better. If stuff starts leaking out, it means it's not serious."

Another European official close to the discussions suggested the restart was at an early stage, but that the process might suddenly accelerate: "We're completing the qualifiers for the 100-metre dash."

The meeting came one day after talks between Prime Minister Boris Johnson and his Irish counterpart Leo Varadkar, and just six days before the EU summit that is seen as the key date in efforts to find a deal before a chaotic divorce on October 31.

As the negotiators reviewed their options, the president of the European Council and host of next week's Brussels summit Donald Tusk said that he would have pulled the plug on talks this Friday if Britain had not come forward with evidence of a workable proposal.

"However, yesterday, when the Irish taoiseach and the UK prime minister met they both saw, for the first time, a pathway to a deal. I have received promising signals from the taoiseach that a deal is still possible," Tusk said, during a trip to Cyprus.

"Of course, there is no guarantee of success and the time is practically up. But even the slightest chance must be used," he warned.

After a meeting in northwest England on Thursday Johnson and Varadkar said they had "agreed that they could see a pathway to a possible deal".

Varadkar later said separately the meeting was "very positive", suggesting it would be a "short pathway, rather than a long one".

The European Council summit starts on October 17 and, in normal circumstances, European diplomats would want draft texts of any agreements to be prepared before close of business on Friday.

Even if, as UK officials hope, Brussels shows flexibility on the timeline, they have yet to enter the "diplomatic tunnel" of final text negotiations.

After his "stock taking" breakfast with Barclay, Barnier will brief ambassadors from the other EU members on the state of play and then a sceptical Brexit steering group of the European Parliament.

"Barnier will have to say whether we can or can't start negotiating a text," a European source told AFP.

"After that, it's a long road. It's wacky to think we'd have a treaty text before the October 17 and 18 summit."

But Varadkar appears to be looking slightly further forward, implying that he and Johnson are now aiming for a deal in the next three weeks.

"I think it's possible for us to come to an agreement, to have a treaty agreed... by the end of October," he said.

Johnson has vowed Britain will end its five-decade membership of the EU on October 31, with or without agreeing exit terms.

But he could be forced to seek a third delay to Brexit if he fails to agree a deal by October 19, thanks to a law passed by rebellious MPs.

Some European sources in Brussels have suggested that EU leaders may offer Britain an extension even if Johnson does not ask for one.