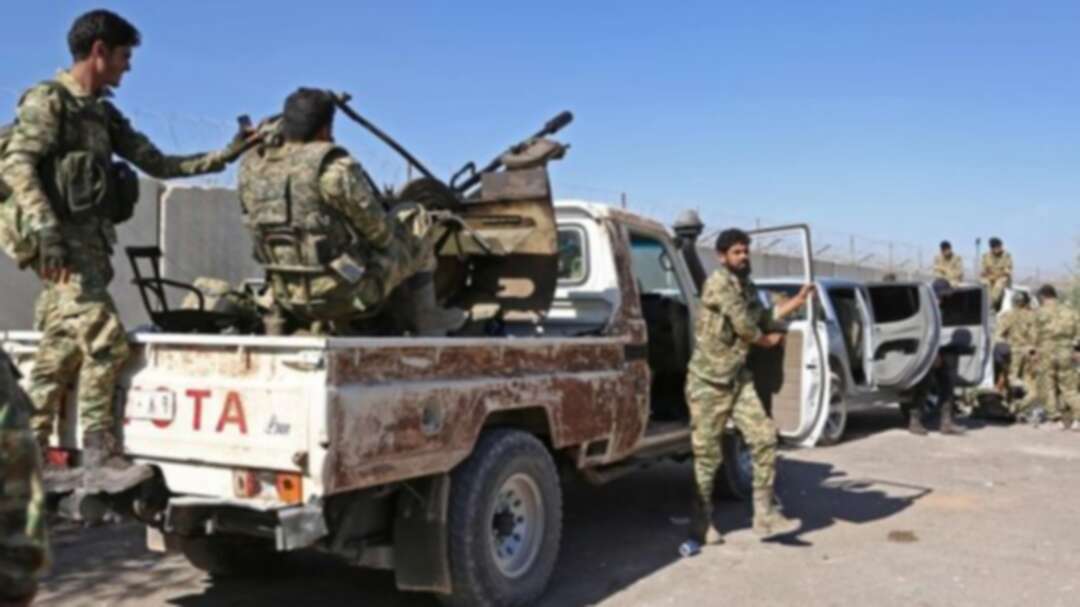 Casualties are increasing as Turkey presses on with its cross-border offensive on Kurdish-held areas of northern Syria.

At least 11 civilians have died and dozens of fighters from the Kurdish-led SDF and pro-Turkish factions have been killed, reports say.

The first death of a Turkish soldier was confirmed by Turkey's military.

Tens of thousands of people have fled their homes, amid growing international criticism of the offensive.

Turkey moved into northern Syria on Wednesday after the the US President, Donald Trump, pulled American troops out of the area.Analysts say the US withdrawal effectively gave Turkey the green light to begin its cross-border assault.

Turkey defended its offensive as a bid to create a "safe zone" free of Kurdish militias which could also house Syrian refugees.

Turkey regards the Kurdish militias of the Syrian Democratic Forces (SDF) - which have controlled the cross-border areas - as "terrorists" who support an anti-Turkish insurgency.

The SDF have been key allies of the US in the battle against the Islamic State (IS) group.

One major concern for the international community is the fate of thousands of suspected IS prisoners, including many foreign nationals, being guarded by Kurdish-led forces in the region.

But while the Turkish military said its operation was going to plan, Kurdish sources and activists from the Syrian Observatory for Human Rights (SOHR) said the offensive had not made much progress.

The Kurdish Red Crescent said there had been 11 confirmed civilian deaths so far and 28 serious injuries, mostly in Ras al-Ain and another border town, Qamishli. Some are children.

At least five people, including a Syrian baby, were reportedly killed in Kurdish shelling of Turkish border towns.

The SOHR reported at least 29 deaths among the SDF and 17 from among pro-Turkish Syrian rebels, the Syrian National Army, as more than 10 villages fell into Turkish hands.

In a later report they said that seven members of pro-Turkish forces including a Turkish soldier had been killed as the SDF retook a village in Tal Abyad region.Turkey's military confirmed a soldier's death, and said three others had been wounded.

Turkey's Anadolu news agency said late on Thursday 228 Kurdish militants had been "neutralised" since the start of the operation.

Aid groups say as many as 450,000 could be forced to move.Turkey wants to create a "safe zone" running for 480km (300 miles) along the Syrian side of the border but says it will not advance deeper than a planned 32km limit.The UN Security Council discussed the situation on Thursday at the request of its current five EU members - the UK, France, Germany, Belgium and Poland - who are calling for Turkey to halt its military offensive.

On Friday Nato Secretary General Jens Stoltenberg said he had shared "serious concerns" about the operation in a meeting with Turkish Foreign Minister Mevlut Cavusoglu.

He expected Turkey, a Nato member, to "act with restraint", he added.

Mr Erdogan has strongly defended the incursion, threatening to send some of the 3.6 million Syrian refugees it hosts to Europe if the Turkish offensive is described as an occupation.The SDF say they are holding more than 12,000 suspected IS members in seven prisons, and at least 4,000 of them are foreign nationals. The exact locations have not been revealed, but some are reportedly close to the Turkish border.

Two camps - Roj and Ain Issa - holding families of suspected IS members are inside the "safe zone".

On Friday the Kurdish-led authorities said discussions were under way on how to move the Ain Issa camp, which had been hit by shelling.

The two men, El Shafee Elsheikh and Alexanda Kotey, part of a British cell nicknamed The Beatles, were originally held in northern Syria.

Turkey has said it will take responsibility for the IS prisoners it found during its offensive.