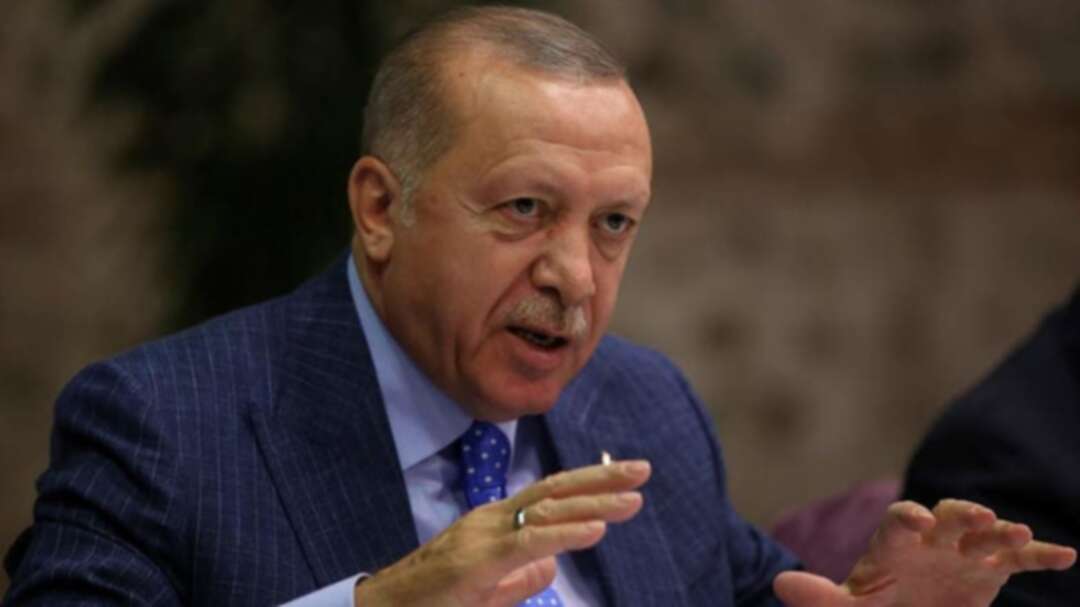 President Recep Tayyip Erdogan told US President Donald Trump that Turkey will never declare a ceasefire in northeastern Syria and that it will not negotiate with Kurdish forces it is fighting in its offensive into the region.

Turkey pressed ahead with its offensive against the Syrian Kurdish YPG militia in northern Syria on Tuesday despite US sanctions and calls for it to stop, while Syria’s Russia-backed army moved on the key city of Manbij that was abandoned by US forces.

The YPG, the key component of the forces who fought ISIS, is seen by Ankara as a terrorist group linked to Kurdish separatist insurgents in Turkey.

On Monday, Trump announced sanctions on Turkey to punish it for the offensive. On Tuesday, a senior US official said Washington would threaten more sanctions to persuade Turkey to reach a ceasefire and halt its offensive.

However, speaking to reporters on a flight back from Baku, Erdogan said the offensive would continue until it reaches its aims, and added that he was not worried about sanctions.

“They say ‘declare a ceasefire’. We will never declare a ceasefire,” Erdogan said. “They are pressuring us to stop the operation. They are announcing sanctions. Our goal is clear. We are not worried about any sanctions,” he said.

Erdogan said he told Trump in a phone call earlier this week that he should send a US delegation to Ankara to discuss their demands and try to reach an agreement. The White House said on Tuesday that Vice President Mike Pence will meet with Erdogan in Ankara on Thursday.

Trump’s decision to withdraw US troops from northern Syria after a phone call with Erdogan not only cleared the way for the Turkish incursion, but it also gives a free hand to Washington’s adversaries in the world’s deadliest ongoing war, namely Syrian President Bashar al-Assad and his Russian and Iranian allies.