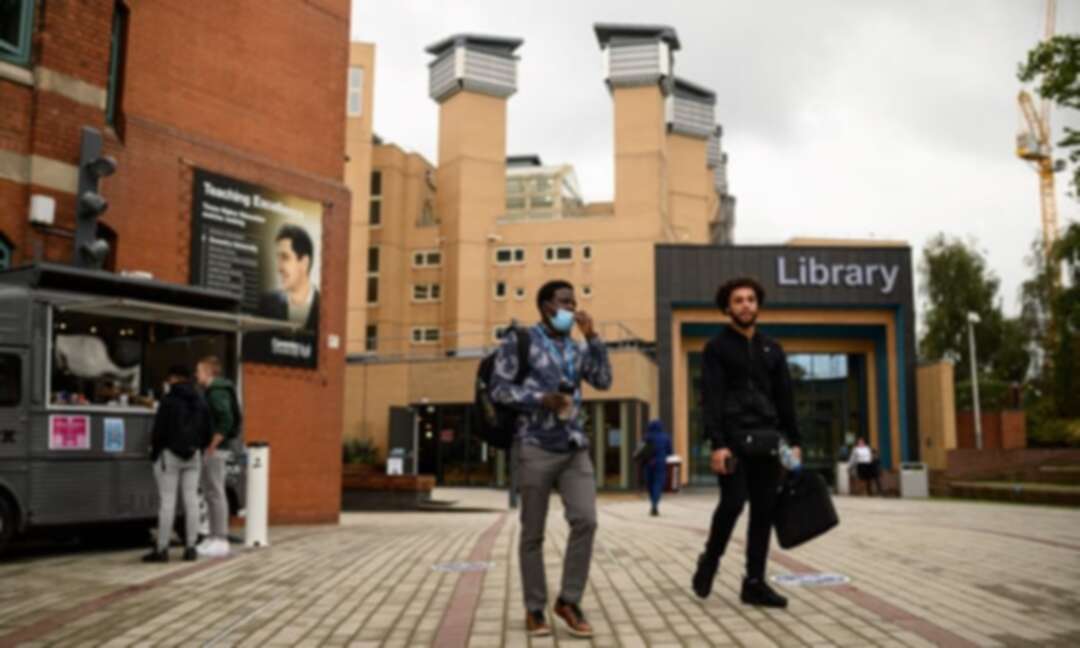 Students walk past Coventry University library. University leaders had hoped to persuade ministers to ease Covid restrictions in line with the lifting of other lockdown measures in England.

University leaders have expressed despair after the government announced that a full return to face-to face teaching for students in England has been ruled out before 17 May at the earliest.

They accused ministers of treating students like “second class citizens” and sacrificing them to protect other parts of the economy, in a move likely to fuel student demands for compensation.

One exasperated vice-chancellor said: “Governments must balance competing political, economic and social priorities. For this government, it seems that university students’ education is a low political priority.”

Earlier, reports claimed the delay had been fuelled by Treasury fears that students’ return to campus could lead to an increase in Covid infections and jeopardise the reopening of indoor hospitality, also due for 17 May. The Treasury denied the reports, saying decisions on which parts of economy to reopen are for the prime minister.

Vanessa Wilson, CEO of the University Alliance, which represents professional and technical universities, said: “We were told that the Cabinet Office is prioritising other sectors, in particular the hospitality sector. Frankly, we find this absurd given what you can do now versus there being no evidence that students returning to in-person teaching would create any risks. We’re all baffled. The hospitality sector is huge and they’re weighing that up against universities. It’s been strongly inferred as a weighing up of financial positions.”

The Department for Education, meanwhile, said the exact timing for a full return to face-to-face teaching was aligned with step 3 of the government’s roadmap out of lockdown and as such, would be subject to a review of Covid infection data beforehand.

In a written ministerial statement, the universities minister, Michelle Donelan, said: “The movement of students across the country poses a risk for the transmission of the virus, particularly because of the higher prevalence and rates of transmission of new variants.” Office for National Statistics figures suggest that 75% of students are already at their term-time addresses.

Donelan added: “The government and I recognise just how difficult and disruptive the last year has been for students. However, the roadmap is designed to maintain a cautious approach to the easing of restrictions to ensure that we can maintain progress towards full reopening.”

University leaders said the impact on students could be devastating. Prof Julia Buckingham, president of Universities UK, said: “This is hugely disappointing news for all those students in England who have been learning online since December, and comes at a crucial time in the academic year when in-person support from tutors and friends is highly valued by students ahead of their end-of-year exams.”

Although some students on creative and practical courses are already receiving face-to-face teaching, the government’s announcement means about a million more will not receive any in-person tuition until 17 May at the earliest.

By that time most university teaching will be over, leaving students to face assessments after months working online. When they finally return, all students and staff will be encouraged to take three supervised Covid tests on campus, three to five days apart, to try to limit transmission, with further tests made available throughout the summer term.

There has been growing anger among students over the decision to delay their return. A parliamentary petition accusing the government of having “trivialised our education” and asking for all students to be permitted to go back to campus at the start of summer term has gained more than 6,000 signatures.

Many students voiced their dismay with the government on social media. One tweet from a recent graduate that was retweeted 65,000 times said: “The fact you can have 10,000 people in a stadium before you can have in-person lectures epitomises how poorly university students have been treated during the pandemic.”

Frustrated students may now seek to claim compensation through the Office of the Independent Adjudicator for a year that many feel has not lived up to promises. The regulator published example case studies in March that indicated it would offer students refunds, even where this is not required by law, and is developing proposals that would make it easier for large groups of students to make a single compensation claim.

Universities are said to be worried that high numbers of successful claims would threaten their financial stability.

Dr Tim Bradshaw, chief executive of the Russell group of universities, said the further delay was a big blow. “We urge the government to reconsider its decision to ensure these students are not forgotten and can resume in-person teaching as soon as possible.”

Prof Graham Galbraith, vice-chancellor at the University of Portsmouth, said: “In refusing to permit in-person teaching students are being treated like second class citizens. Students can now buy a book on British history in Waterstones and discuss it with a tattoo artist while they have their body decorated, but they cannot do the same thing in a Covid-secure environment with their university lecturer.”

The shadow universities minister, Matt Western, said: “The government has treated children and young people as an afterthought throughout this pandemic, and students have been left without information or support. Just a week before thousands were hoping to return to campus, they have been let down with yet another late announcement and no explanation of the reasons for this delay. In the face of unprecedented financial hardship, the government is offering students pitiful levels of support.”