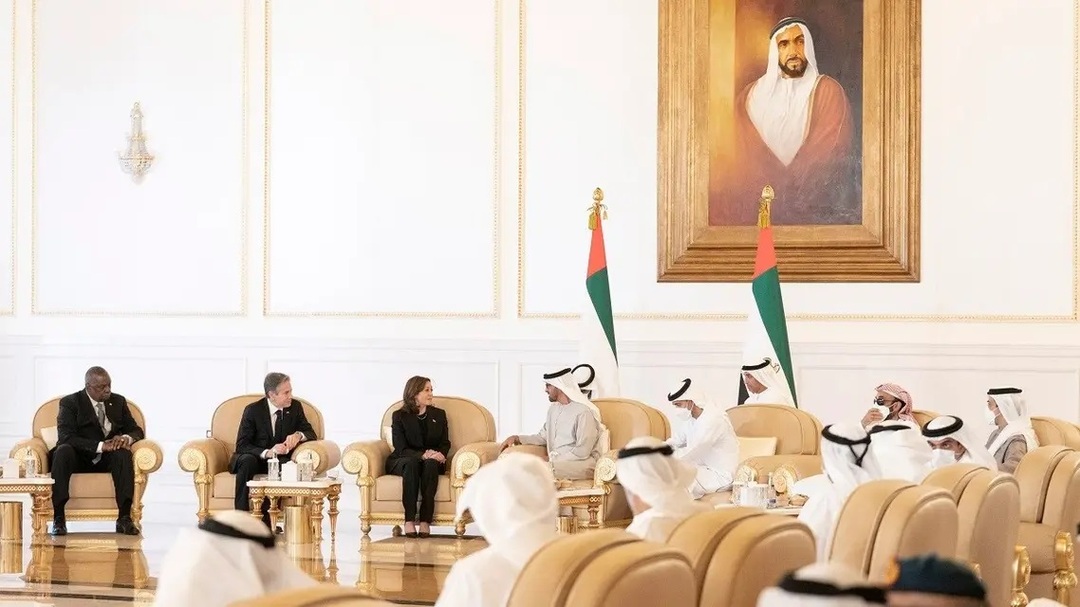 US Vice President Kamala Harris led a high-level delegation to the UAE, May 16, 2022. (Twitter)

The Alarabiya English reported, the Emirates News Agency (WAM) said on Monday (May 16) that top US and Emirati diplomats met over dinner to look at ways of “expanding” ties.

Sheikh Abdullah bin Zayed and Antony Blinken had a “business dinner,” where they discussed bilateral ties and “explored avenues of expanding cooperation in various fields.”

Blinken was in the UAE as part of a high-ranking delegation dispatched by President Joe Biden to offer condolences after the death of former UAE President Sheikh Khalifa bin Zayed.

WAM reported: “The two sides also reviewed a number of regional and international issues of interest, including the latest developments in the Ukrainian crisis."

For his part, Sheikh Abdullah bin Zayed said the UAE was looking forward to strengthening ties with the US under the newly elected president, Sheikh Mohammed bin Zayed.

The Emirati FM said the new president would look to “consolidate the pillars of security and stability in the region to achieve development and prosperity for its peoples.”

Diplomatic Adviser to UAE President Anwar Gargash, Chairman of the National Emergency Crisis and Disasters Management Authority Ali Saeed Al Neyadi and UAE Ambassador to the US Yousef Al Otaiba were also at the dinner.