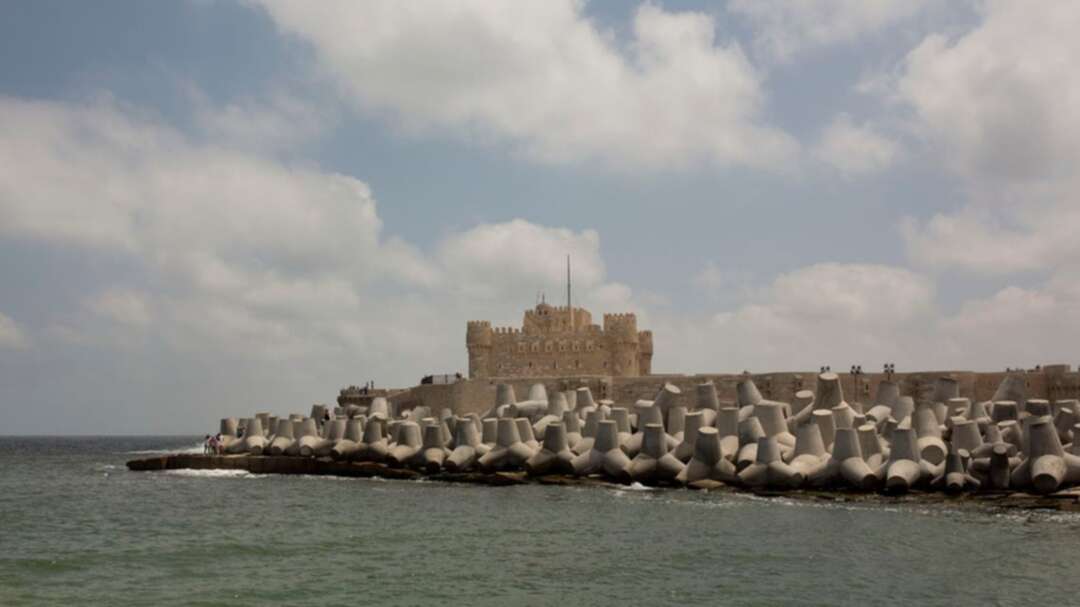 In this Aug. 8, 2019 photo, cement barriers reinforce the sea wall near the citadel in Alexandria, Egypt. (AP)

Rescue workers were still searching Tuesday for at least five people who went missing in a shipwreck in a lake near Egypt’s Mediterranean city of Alexandria. So far, nine people, including three children, were known to be dead, ambulance officials said. Egypt

The boat was carrying at least 19 people and capsized late Monday in the Lake of Mariut, while returning from an entertaining voyage, they said.

Rescue workers retrieved at least nine bodies, including children ages 1, 1 1/2 and 4 years old, and were searching for others, the ambulance officials said.

At least five people were rescued and were taken to hospitals, said the officials who spoke on condition of anonymity because they were not authorized to brief journalist. Egypt

Any survivors still in the lake, located west of located is located west of the city of Alexandria, could go into shock as temperatures fell Tuesday in the already cold waters.

Relatives spent the night on the shoreline, hoping their loved ones could be rescued or their bodies retrieved. Calls for volunteer divers to help searching were circulated on social media.

Citing relatives, local media reported that the victims, all from the same family, were returning from a voyage to an island in the lake. The victims arrived on the island in two groups, and they were all packed on the boat in their return, the privately-owned Al-Masry Al-Youm daily reported.

Alexandria’s governor, Mohammed el-Sharif, said in comments late Monday the boat was small and overcrowded, suggesting a possible cause of capsizing.

Most boats on the lake work without licenses, he said. Egypt