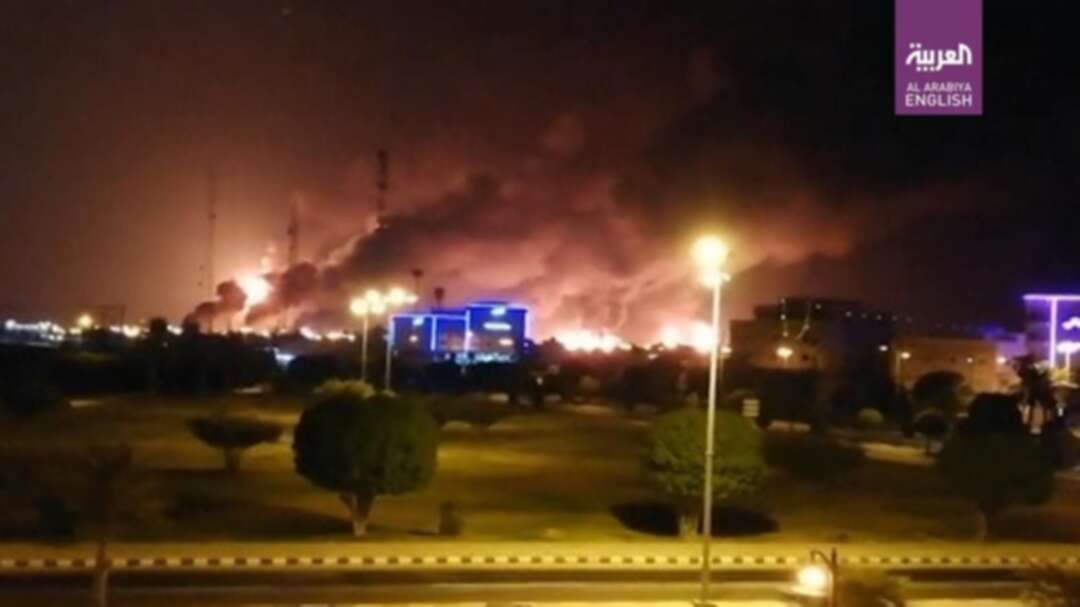 Saudi Arabia’s Ministry of Interior said on Saturday that drone attacks caused fires at two Saudi Aramco facilities, adding that the blazes are under control.

One of the facilities is located in Abqaiq, near Dammam in the Kingdom's Eastern Province. The other facility is located in the Hijrat Khurais oilfield.

“At 4 am on Saturday morning, Aramco’s industrial security teams fought two fires in two of the company’s facilities in Abqaiq and Khurais after they were targeted by drones… the two fires were controlled and contained, and the related authorities have begun investigating,” the ministry said in a statement.

According to an Al Arabiya correspondent reporting from Abqaiq, security officials have been at the scene containing the fires since they broke out at dawn on Saturday.

No residential areas are located near the sites, the correspondent said, adding that there were no casualities so far and that traffic is flowing smoothly in the surrounding area of the Aramco facility in Abqaiq.

The broadcaster said the Houthis had deployed 10 drones against the sites in Abqaiq and Khurais, and the militia pledged to widen the range of its attacks on Saudi Arabia, which leads a coalition fighting them in Yemen.

The Iran-backed Houthi militia has also launched several other drones targeting the Kingdom.

On May 14, the Houthis also claimed an attack by explosive-laden drones that targeted Saudi Aramco pipelines in al-Dawadmi.

Later, a report by The Wall Street Journal cited US officials familiar with the intelligence as saying that the attack originated from Iraq, not Yemen. They said that the attack was carried out by Iran-backed militias in Iraq.