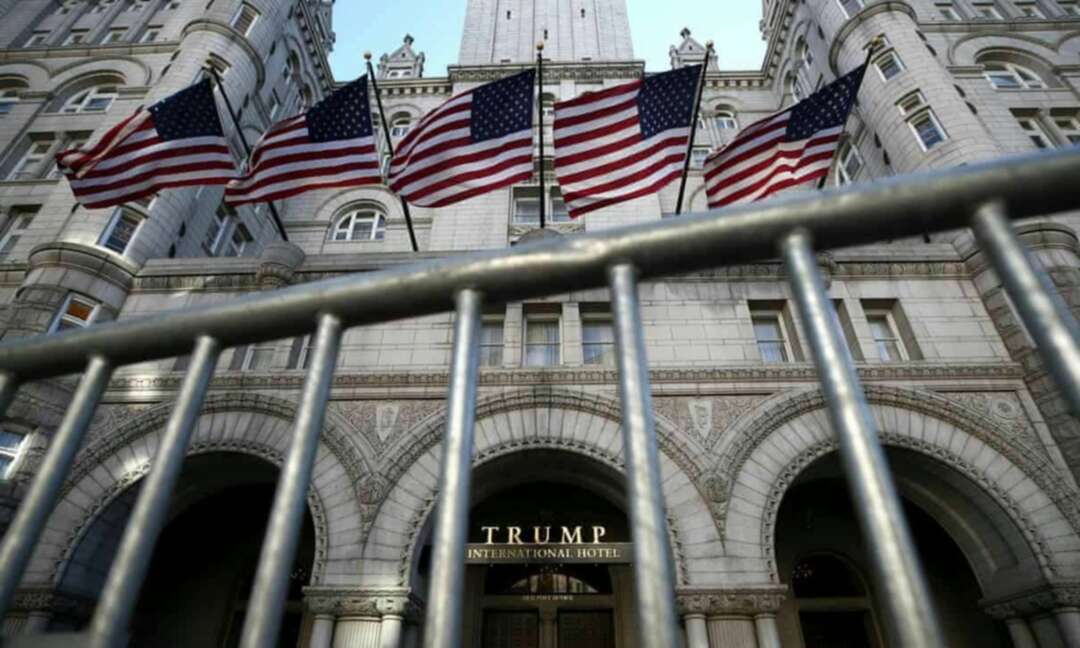 Police intelligence documents show that Washington’s Trump Hotel raised its rates “as a security tactic”, in the hope of deterring Trump-supporting QAnon supporters from staying there in early March, on a day which some believed would see Trump restored to office.

The information, which police gleaned from a Business Insider version of a story published in Forbes on 6 February, was confirmed in an 8 February intelligence briefing stolen by ransomware hackers from Washington’s Metropolitan police department (MPD).

The hackers from the Babuk group subsequently published those documents online, and transparency group Distributed Denial of Secrets redistributed them to news outlets including the Guardian.

As Forbes reported in February, Trump International hotel in Washington raised its rates to 180% of the normal seasonal charge for 3 and 4 March this year.

That was a date upon which some adherents to the QAnon conspiracy movement believed would see Trump once again sworn in as president, based on an interpretation of the US constitution influenced by a belief held by many “sovereign citizens” that the US government was secretly usurped by a foreign corporation in 1871, and all legal and constitutional changes since that date are illegitimate.

The swearing-in date of US presidents was 4 March until the passage of the 20th amendment in 1933, and believers thought that Trump would restore his presidency and constitutional government on that date in Washington.

While Forbes suggested that the rate hike might be “price gouging or simply opportunistic marketing”, the internal police document said “MPD’s intelligence division confirmed with Trump Hotel management that they raised their rates as a security tactic to prevent protesters from booking rooms at their hotel should anyone travel to DC”.

However, the document also noted that the hotel was “not aware of any credible information regarding an event actually taking place on that date”, and that “none of the hotels in

Trump International was one of a number of hotels in the region whose occupancy was closely monitored by the MPD and other agencies as they looked for signs of an attack on Joe Biden’s inauguration, Trump’s impeachment hearings, and other hot button events, according to other intelligence documents made public in the ransomware hack.

The hotel, along with the Trump Organization and Trump’s inauguration committee are co-defendants in a case brought by the District of Columbia attorney general, which alleges that the hotel was used to funnel money spent on the inauguration to the former president and his family.

The use of Trump International to house government employees has also been a focus of scrutiny from congressional committees and the Government Oversight Office.