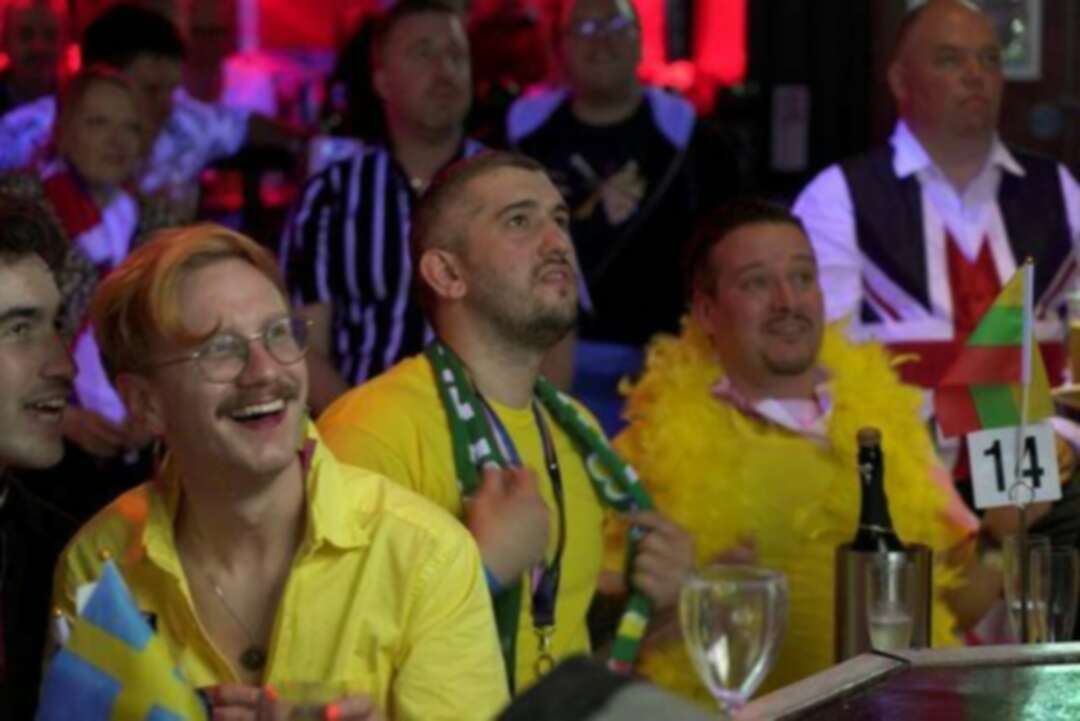 Fans watch the Eurovision song contest in the Royal Vauxhall Tavern in London, Britain May 22, 2021.

British fans of the Eurovision song contest made the most of relaxed COVID-19 restrictions to gather inside a London pub on Saturday and watch the competition in a party atmosphere.

Clad in the colours of their adopted favourite countries, dozens of fans who had pre-booked tables descended on the Royal Vauxhall Tavern to celebrate music and finally be reunited in person.

"We've waited so long. You know, a two year gap. And I think everybody just feels as though this is exactly what we need at this time," Eurovision enthusiast Monty Moncrieff told Reuters.

Ninety guests were welcomed to watch the event at the pub, which since 2015 has been listed as a historic building because of its significance to the LGBTQ+ community. Organisers Eurofest said the tickets sold out in four minutes.

The tavern's chief executive, James Lindsay, said the reopening of pubs in England for indoor food and drinks on May 17 could not have come too soon.

"It's been a brutal pandemic in terms for the hospitality industry," Lindsay said ahead of the party. "We're back at half capacity here and this is the first step in I think a number of baby steps to get us back onto an even keel again."

"We're back home, in fact, in our spiritual home. So we love it here," said Eurovision enthusiast Jo Powell.

"And it's the first time we've seen each other in 16 months as well, so it's amazing!" said a friend, Stewart Wilders.

Due to travel restrictions, most Eurovision fans outside the Netherlands had to watch from home. Many reached out to friends and online communities to celebrate the event, known for its flamboyant costumes and theatrics.

The Netherlands is hosting the 65th edition of the event, which draws a television audience of about 200 million, after Dutch singer-songwriter Duncan Laurence won the 2019 contest in Tel Aviv with the song "Arcade."

The fans of Eurovision Contest celebrate it again in England