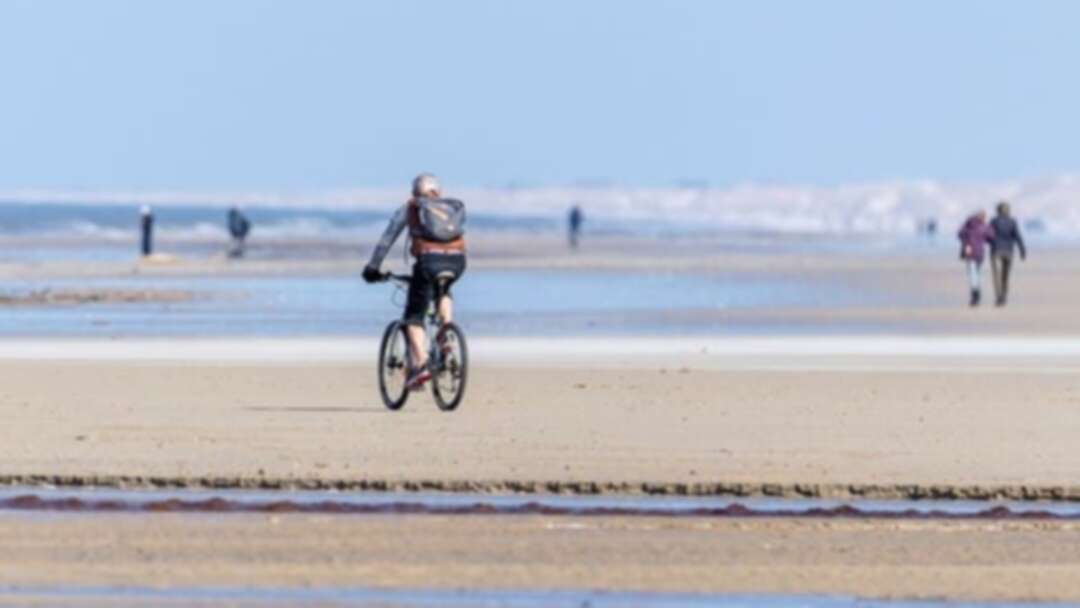 A cyclist rides on a beach amid the coronavirus disease (COVID-19) spread, at Vejers Strand, Jutland, Denmark. (File photo Reuters)

Denmark is to gradually lift restrictions put in place to fight the new coronavirus, starting with the reopening of daycare nurseries, kindergartens and primary schools from April 15. Denmark gradually

Prime Minister Mette Frederiksen said that according to health authorities "it is appropriate and justified to start a slow opening. But on condition that everyone keeps their distance and washes their hands."

The reopening of schools will take place gradually, with kindergartens and primary schools opening from April 15 and middle and high schools waiting until May 10, she told a press conference on Monday.

"Daily life is not going to return as before for the moment. We will live with many restrictions for many more months," the prime minister warned.

Border closures remain in place and travel abroad is not recommended. Large gatherings are prohibited until August.

"A little slip in our individual behavior can have a big impact on our well-being as a society," she said.

Denmark closed its borders to foreigners on March 14, the same day it recorded its first coronavirus fatality, and days later closed bars and restaurants and most shops.

The Nordic nation has recorded 4,875 infections and 187 deaths related to COVID-19. Denmark gradually

It is the second European country after Austria to unveil its plans for a gradual easing of restrictions. levant

Coronavirus: Trump wishes ‘friend’ Johnson well, says US ‘praying for his recovery’ Coronavirus: India to allow export of hydroxychloroquine after Trump appealed for it