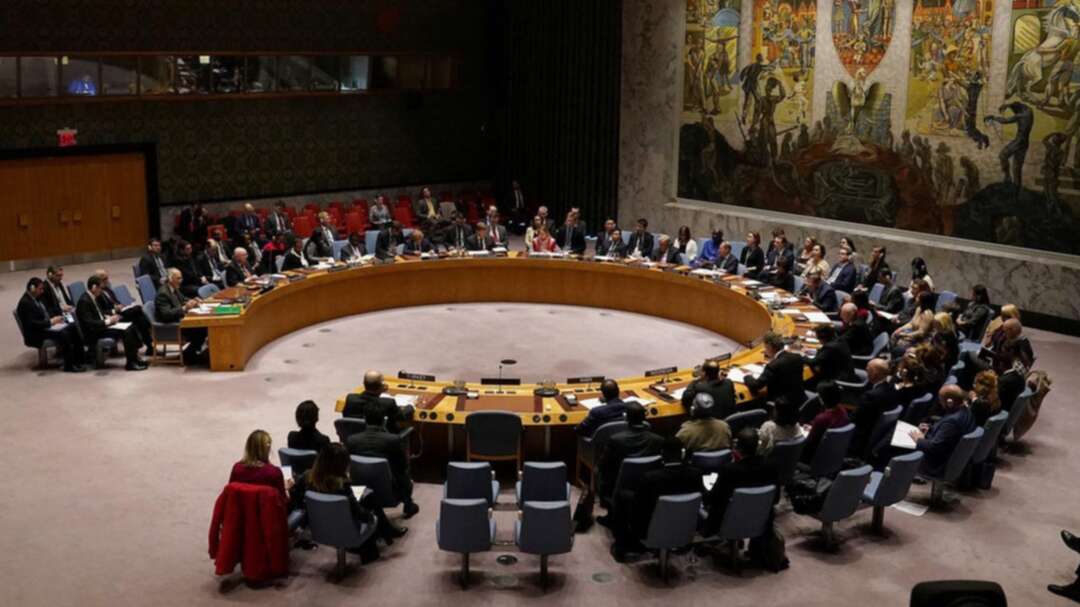 Today, the UN has 193 member states, nearly a fourfold increase from 1945,” said Harsh Vardhan Shringla, a top Indian diplomat, who added that the issue had become a threat to the UN’s credibility. (File photo)

Non-permanent members of the UN Security Council on Friday called for the number of permanent seats to be expanded, saying the current limit of five was outdated and undermined the organization.

During a ministerial session organized by China, permanent members Washington, Beijing, London, and Moscow made no mention of the issue, which has been at the center of debate in the General Assembly, with no sign of a breakthrough.

Volkan Bozkir, the Turkish president of the General Assembly, said that in many disputes in the Security Council “the reason for failure is the differences between its members -- in particular, its permanent members.”

He said reforming the body was in the interest both of member states and of the UN itself.

India -- a potential candidate for a permanent seat -- Vietnam, Niger, Ireland, Tunisia, and Mexico call an expansion of the permanent members indispensable.

“Today, the UN has 193 member states, nearly a fourfold increase from 1945,” said Harsh Vardhan Shringla, a top Indian diplomat, who added that the issue had become a threat to the UN’s credibility.

“How can we explain the contradiction of Africa not being represented in the Security Council in the permanent category, even though African issues dominate its agenda?” he asked.

All the countries that spoke up on Friday in favor of reform are non-permanent members, a position that is held for two years at a time.

France, the fifth permanent member, reiterated its support for enlargement but stressed its own proposal to prohibit the use of veto power for permanent members in the case of mass atrocities, an idea that it said had the support of 105 member states.