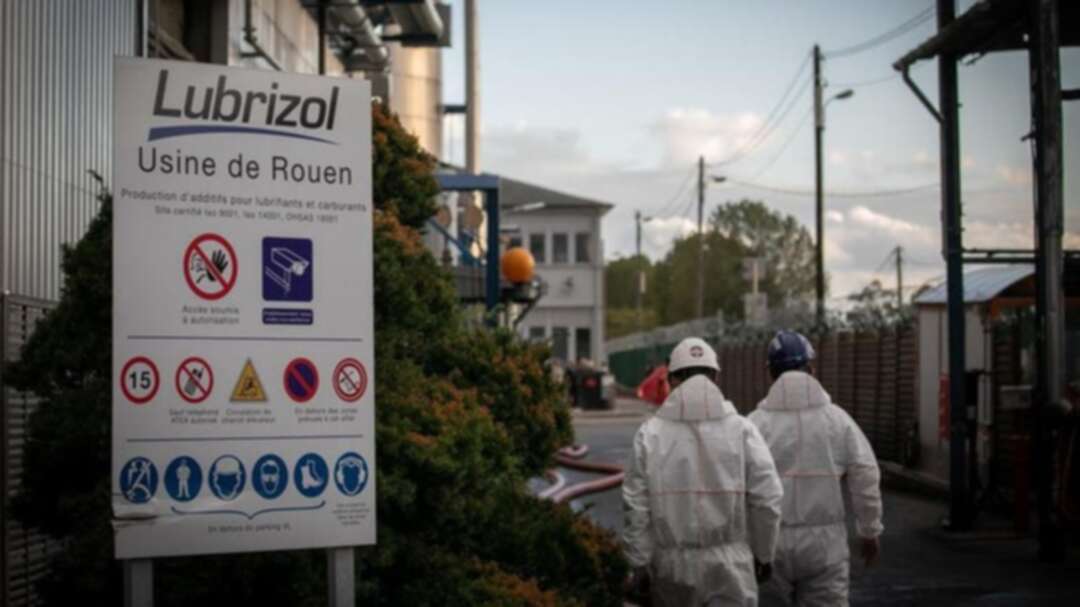 Workers walk on September 27, 2019 at Lubrizol chemical factory in Le Petit-Quevilly near Rouen, a day after it was ravaged in a massive fire. (AFP)

Authorities in northern France where a massive fire this week ravaged a chemical factory in the city of Rouen on Sunday banned the harvesting of crops and sale of products of animal origin from the region, as a precautionary measure.

Soot spewed out by the blaze over some agricultural areas was “liable to present a public health risk that requires us to take immediate measures on a precautionary basis,” the regional administration said.

It added in decrees published on Sunday that in the absence of food safety guarantees from producers, anything likely to have been exposed to contamination would have to be destroyed.

Around 100 districts in the area surrounding Rouen are expected to have been affected.

On Friday, France’s health minister Agnes Buzyn said she could not guarantee there was no risk to the public from the pollution caused by the fire.

The huge blaze erupted on Thursday in a storage facility owned by Lubrizol, a manufacturer of industrial lubricants and fuel additives owned by the billionaire American investor Warren Buffett.

The Lubrizol plant sits just a few kilometers from the center of Rouen, a city of some 100,000 people. The smoke spread 22 kilometers (14 miles).

Lubrizol said the fire damaged a storage facility, a drumming warehouse and an administrative building.