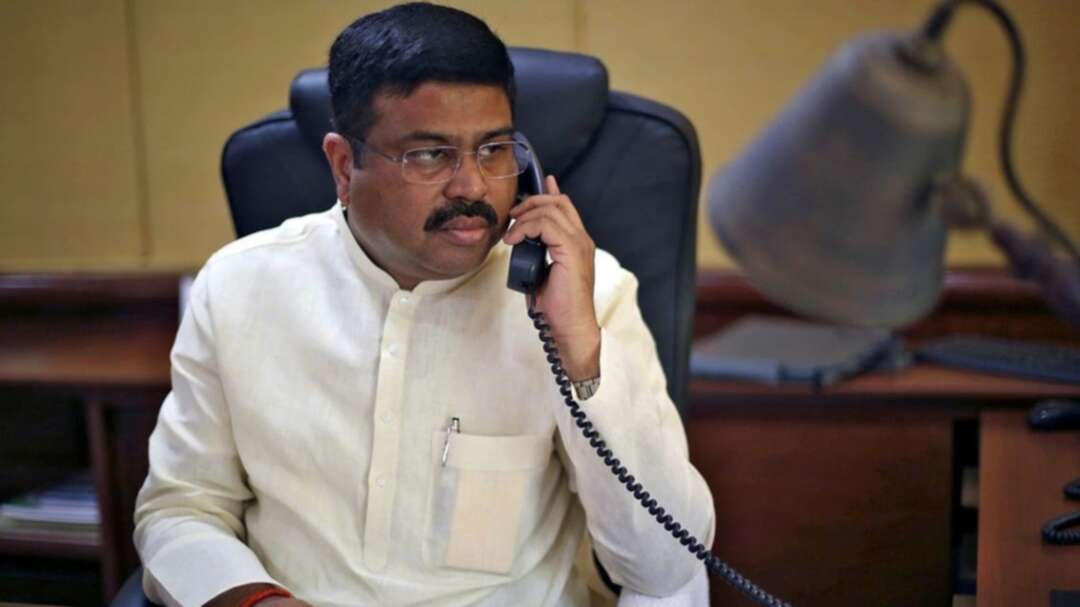 Indian oil minister Dharmendra Pradhan on Friday thanked Saudi Arabia and other Middle Eastern oil producers for supplying liquid medical oxygen (LMO) to help the country in its battle with the COVID-19 crisis.

In a series of tweets, Pradhan also welcomed offers by Saudi Arabia, UAE and Qatar to supply containers for the next six months and for an assurance of a steady commercial supply of LMO to India. “Deeply appreciate the initial gesture of goodwill with complimentary LMO supplies particularly from UAE, Kuwait, Bahrain and Saudi Arabia,” Pradhan said. Pradhan’s tweets came a day after Indian state refiners reversed steep cuts in Saudi oil imports for May at the directions from oil ministry, and placed orders for regular purchases in June.

Indian state refiners buy about 15 million barrels of Saudi oil in a month from Saudi Aramco. India, the world’s third-biggest oil importer and consumer, imports more than 80 percent of its oil needs and relies heavily on the Middle East.

The Indian refiners had cut purchases by more than a third in May.

An Indian oil industry source said the federal oil ministry has not asked refiners to cut Saudi oil imports after Riyadh supplied liquid medical oxygen and cryogenic tanks as India’s healthcare system struggles to cope with a huge surge in cases of COVID-19.

India’s oil minister Friday also said he held talks with Saudi Arabia and other Gulf counties about supplies of liquid medical oxygen and thanked them for receiving emergency supplies.

“Had close consultations during the last week with my counterparts from Saudi Arabia, UAE, and Qatar on ways to increase import of LMO into India,” Pradhan tweeted on Friday.