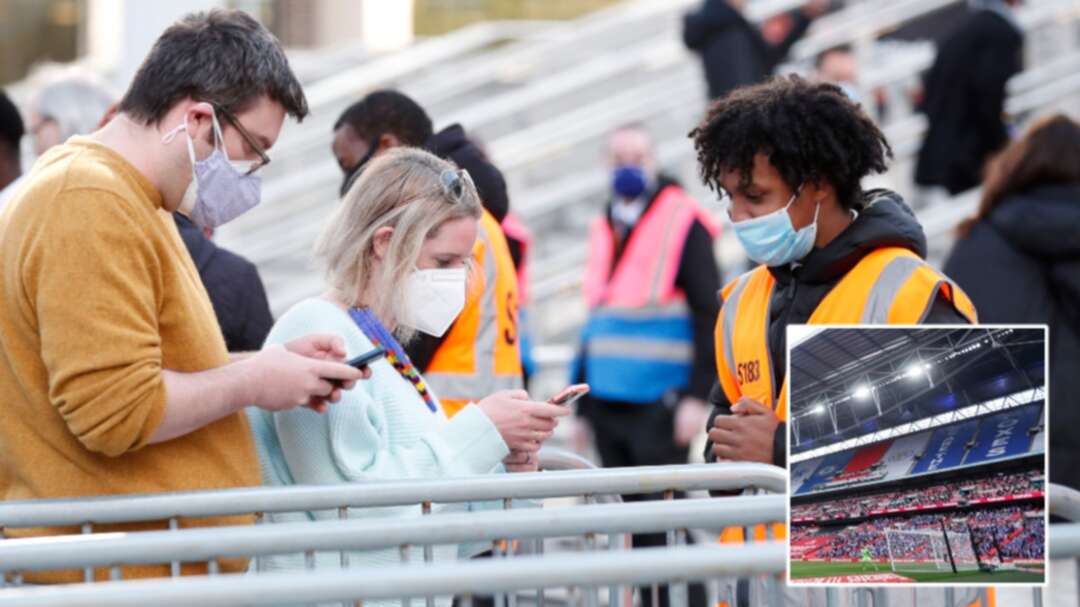 Vaccine passports will be used for the first time at Euro 2020 when England play at Wembley this weekend. Fans told to show proof that they have been jabbed or taken a test, RT reported. Euro 2020

RT, citing the Times, reported Supporters attending the Three Lions' initial matches and potential knockout fixtures in the postponed competition must show on a National Health Service app that they have received two Covid jabs at least 14 days prior to matchdays or taken a negative test within the past 48 hours.

In contrast, the 12,000 fans who are expected to attend Euro 2020 games at Hampden Park in Scotland are not being asked for proof of vaccination or negative test results – but are being told to maintain at least 1.5 meters in social distancing instead of the usual one meter.

Should the vaccine passport system operate smoothly, it could be repeated for larger audiences at the competition's semifinals and final, which are also set to be contested at the iconic stadium.

Fans at both Wembley and Hampden will be required to wear masks and will be allocated a special 30-minute entry slot over the three hours leading up to kick-off to reduce bottlenecks.

Fans must also remain seated at half-time, refrain from hugs and dishing out high-fives and maintain distance when celebrating. Euro 2020

COVID-19: Webber to open theatres on 21 June and no mind of being arrested Palace source: Harry and Meghan didn't ask Queen to use Lilibet name