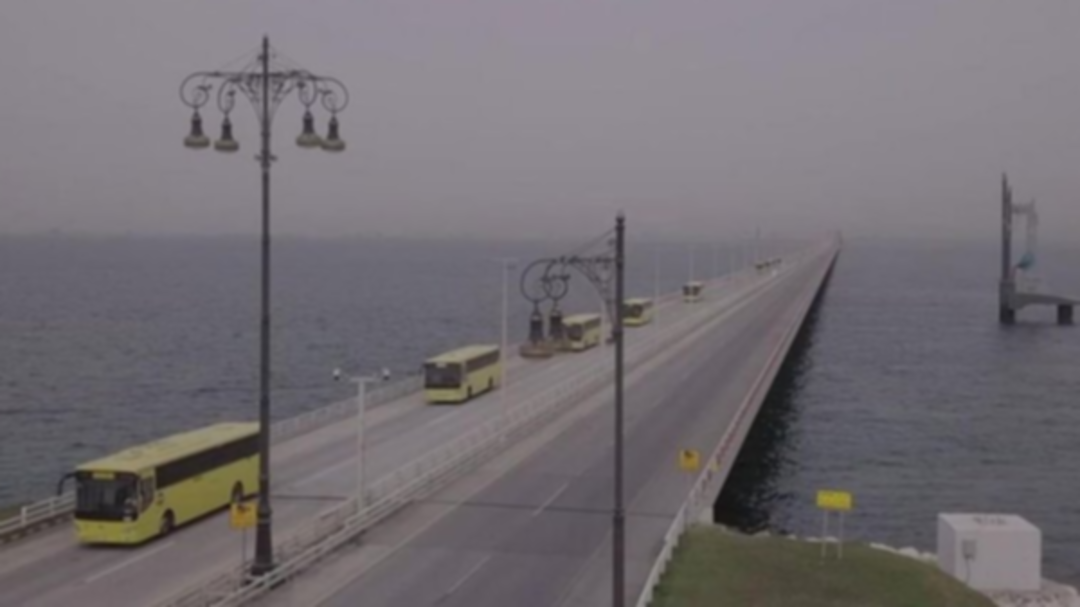 The first group of Saudi Arabian citizens who had been stranded in Bahrain returned to the Kingdom on Wednesday, the Saudi Press Agency (SPA) reported.

A total of 790 citizens had requested to be repatriated back to Saudi Arabia as the coronavirus pandemic halted flights around the world.

The Saudi Arabian Embassy in Bahrain shared pictures of citizens on buses ahead of their trip. The tweet read in Arabic: “Repatriation of first group of stranded citizens.”

The group was taken to several hotels in the Kingdom, where they have been asked to self-quarantine for 14 days to ensure they are not infected with the virus, SPA said.

This comes after King Salman bin Abdulaziz ordered the foreign minister to work on procedures that will allow Saudi citizens to return to the Kingdom.

“This is an implementation of the directives of Custodian of the Two Holy Mosques King Salman and Crown Prince Muhammad Bin Salman to facilitate the procedures for the return of stranded citizens,” said Saudi Ambassador to Bahrain Prince Sultan Bin Ahmed on his official Twitter page.

Saudi Arabia has reported 2,932 cases of coronavirus, following a jump of 327 new cases on Wednesday. Of these, 631 people have recovered, while 41 have died.

The Kingdom has initiated a range of measures to slow the spread of the virus, including 24-hour lockdowns in major cities, suspending the seasonal Umrah pilgrimage, and providing coronavirus treatment to anyone in need of medical care, including people who have overstayed their visas.