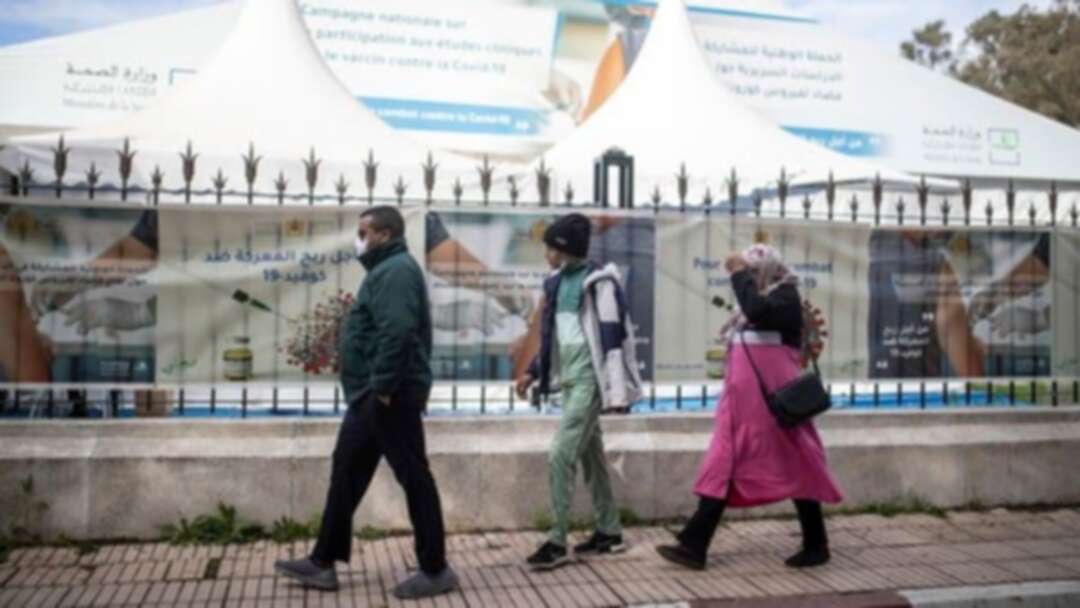 People wearing walk past a bivouac where clinical trials for COVID-19 vaccines are conducted, in Rabat, Morocco, Dec. 7, 2020. (AP/Mosa'ab Elshamy)

Morocco’s prime minister on Tuesday defended his government’s COVID-19 vaccine policy after weeks of false hopes it could quickly roll out a national program, saying supplies were going to rich countries and those that produced the vaccine.

Speaking in parliament, Prime Minister Saad Dine El Otmani said that despite ordering 65 million doses of vaccine from Britain’s AstraZeneca and China’s Sinopharm, Morocco had so far received no supplies.

“Most countries are complaining of this scarcity,” he said, adding that rich countries were paying up to five times more money to get prior access and that it was natural that countries producing the vaccine used them at home before exporting.

Moroccan officials had been promising to start rolling out their planned free vaccination campaign from mid-December, targeting the 25 million people aged over 18.

No African country has yet been able to start a mass vaccination program. However, Morocco, like some other African states, took part in clinical trials of the Sinopharm vaccine.

Morocco has recorded nearly half a million coronavirus infections and almost 8,000 deaths, while the International Monetary Fund has projected the economy to have contracted by 7.2 percent last year.

It has also extended a night curfew on Tuesday for two more weeks.