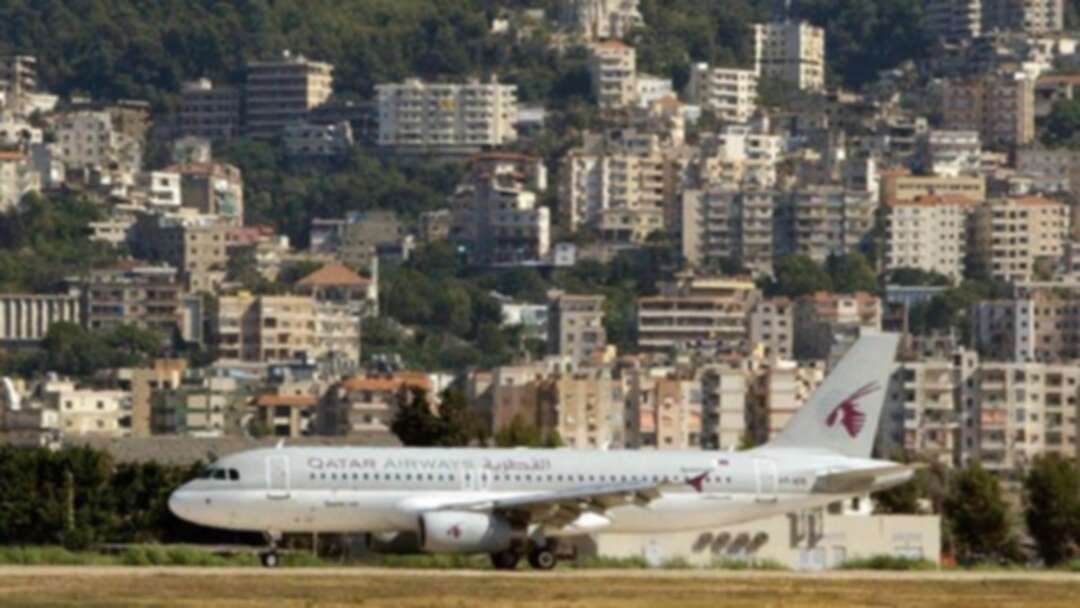 A weekly scheduled Qatar Airways flight arrived in Beirut from Tehran on Friday night with Lebanese authorities claiming it was carrying cargo, raising suspicions among analysts as the Rafic Hariri International Airport is currently in lockdown due to the coronavirus. Coronavirus

The airport is currently closed to commercial traffic until March 29 as part of the nation’s coronavirus lockdown, but it is open to cargo flights, and UNIFIL staff and diplomats are still allowed into the country.

Lebanon’s directorate general of civil aviation said the flight was a regularly scheduled weekly cargo flight. Flight trackers show that the QR8320 flight that landed at 9:43 p.m. is a cargo plane.

The manager of the Beirut airport said the flight that originated in Doha first unloaded at Imam Khomeini International Airport in Tehran before flying to Beirut to load some livestock.

Speaking on Al Arabiya’s sister channel Al Hadath, Lokman Slim said this is not convincing given the history of illicit trade and activity between Iran and it's proxy Hezbollah, which, according to Slim, has partial control of the Beirut airport. Coronavirus

“If the headline was that a cargo plane landed in Beirut then there’s no issue since cargos planes are the only ones allowed into Lebanese airspace. However, in this case, the links between airports in Iran to Doha to Beirut are highly suspicious and this is so for several years now,” Slim told Al Hadath.

“This is a narrative which we heard before in July 2018 when several Iranian Qeshm Air which landed in Beirut via Doha and several reports revealed that they were holding weapons and military gear for the Hezbollah militia,” Slim said.

The same narrative about transporting livestock was used in July 2018 and it was later revealed the plane contained weapons and military gear for Hezbollah.

Slim also questioned who was in control of Beirut’s international airport, given recent incidents showing Hezbollah militants and leaders at the airport welcoming recent arrivals from Iranian flights.

“Despite the continuation of the corona epidemic in Lebanon… an Iranian plane was received this evening at Rafic Hariri International Airport at 08:39 with 150 Lebanese passengers on board, while sources indicated from inside the airport that these passengers are now at home and have not been subjected to any isolation measures,” Janoubia said in its report.

Lebanese customs data show that livestock trade between the countries does happen. Lebanese exports of livestock to Iran accounted for 2 million Lebanese lira, or $1,322, in 2019, according to state data. levant